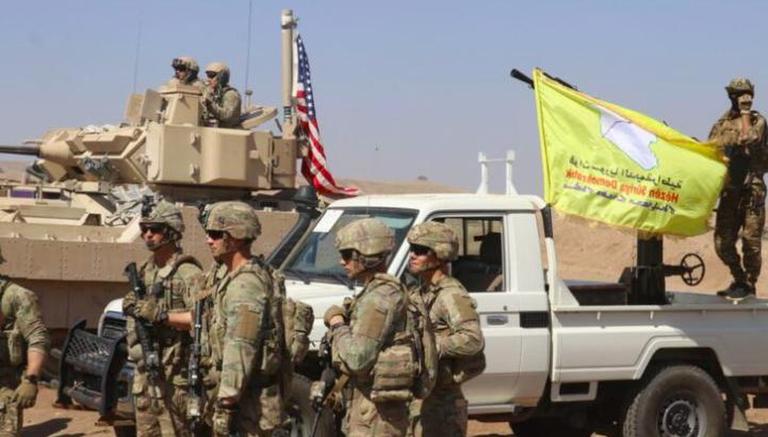 Dozens of extremists were arrested by SDF soldiers, while a huge arsenal of weapons was confiscated during the operation. The ISF were able to arrest 14 terrorists affiliated with IS cell members, uncovered five trenches the cells used to hide in, and confiscated military uniforms and 16 cell phones that were hidden underground.

The military operation at al-Hol camp began on August 25, after US CENTCOM, coalition troops and US-backed Syrian forces learned that ISIS sleeper cells were causing a generation of militants with weapons – mainly with migrant boys and girls who were extremist ideology in al-Hol camp. Camp administrator Jinan Hanan warned that the situation was extremely critical and worrying as ISIS militants and civilians coexisted in al-Hol, according to the Rojava Information Center (RIC).

“Operation Humanity and Security launched by the Internal Security Forces of Northeastern Syria to hunt down ISIS terrorist cells and drain the extremist environment in Al-Hol camp entered the day of the 22nd, and is taking place in accordance with the plan and objectives set in advance by the command of the operation,” the SDF press center had said in a press release while the operation was underway.

The Internal Security Forces (ISF) in Rojava pointed out that terrorists from the Islamic State of Iraq and the Levant (ISIL) were trying to establish a second so-called Islamic State caliphate. SDF soldiers backed by US coalition forces suppressed ISIS cells inside and outside al-Hol camp by conducting precise joint intelligence operations with the soldiers of the International Coalition against ISIS, draining the resources of terrorism and preventing them from going unpunished. 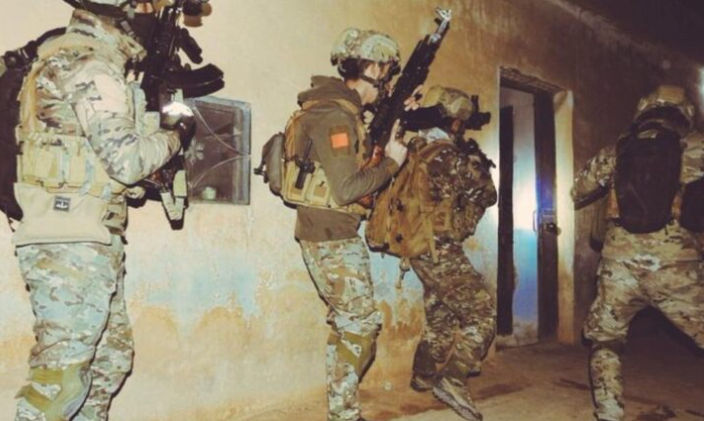 “Our military forces will continue to hunt down potential cells, countering the dangers by conducting regular security operations if necessary,” the SDF said in a statement.

“ISIS is taking advantage of the humanitarian circumstances in the camp by hiding among the women and children using tunnel networks that were discovered by our forces.”

This year alone, Islamic State operatives have brutally murdered 44 al-Hol residents, as well as initiating kidnapping attempts, arson attacks and attempts to destroy the camp’s fences, the agency said. Kurdistan Region State Press NRT. General Michael “Erik” Kurilla, head of the US Central Command (CENTCOM), made his first visit to al-Hol camp located in a remote area near the border with Iraq on September 9. He warned of the Islamic radicalization of children and the deterioration of humanitarian conditions. at the camp. The operation was assisted by the Kurdish-led Syrian Democratic Forces, supported by the United States, as well as soldiers from the US-led coalition.

ISF informs that US-backed soldiers rescued two Yazidi girls shipped from Iraq as sex slaves years ago, including four non-Yazidi women, who were found chained in the facility and tortured . The military raid in al-Hol in northeastern Hassakeh province was launched after intelligence was received about “the increase in crimes of murder and torture committed by ISIS cells against residents from the camp,” according to a separate statement from the U.S.-backed forces.

[Four women who were chained up with signs of severe torture inside a tent in the al-Hol camp.]

ISIS held 44 camp residents and aid workers hostage, of these 226 people, mostly 36 women, were held in al-Hol, which has become a breeding ground for ISIS jihadist extremism. The Kurdish-led, US-backed Syrian Democratic Forces (SDF) said al-Hol is hosting 50,000 Syrians and Iraqis who are crammed into tents in the fenced camp. “Nearly 20,000 of them are children; most of the rest are wives, wives and widows of ISIS fighters,” they said.

“ISIS mainly depended on women and children, as real resources directly linked to ISIS leaders, to maintain ISIS’s extremist ideology and spread it in the camp,” the leaders repeated. US-backed troops who carried out the military raid in al-Hol.

Operation delayed due to Turkish military threats: US coalition forces

The US-backed forces also informed that two of its SDF soldiers, Jasour Khabat and Odai Juneidiah, were killed during the clashes with ISIS terrorists inside the camp in the middle of the Operation Humanity and Security. “The operation lasted 24 days and achieved many tangible results,” they said, adding that the operation was delayed due to Turkish military threats. 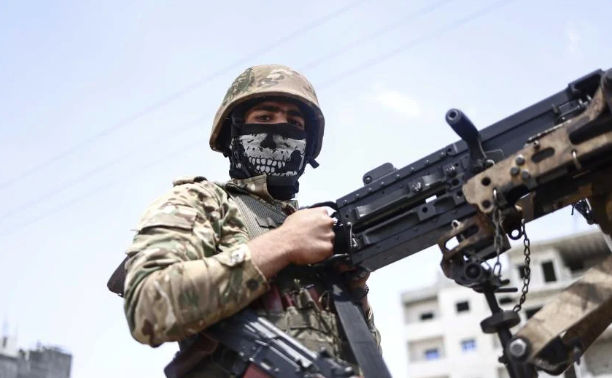 A fighter from the Turkish-backed Syrian National Army. Credit: Anas Alkharboutli/ via AP

Turkish President Recep Tayyip Erdoğan has repeatedly threatened a military incursion into northeast Syria targeting the towns of Tel Rifaat and Manbij in Aleppo. Both towns, west of the Euphrates, are under the control of the Kurdish-led, US-backed Syrian Democratic Forces (SDF). The region is governed as a self-declared quasi-autonomous autonomous administration of northern and eastern Syria. The Turkish-backed Syrian National Army, a coalition of Syrian opposition armed groups, previously held segments near the town of Ras al-Ayn (Serekaniye in Kurdish) and surrounding areas of al- Hasakeh and the towns of Tal Abyad (Gire Spi in Kurdish) and Ein Issa in al-Raqqa Governorate now controlled by the US-backed SDF.