This luxury safari camp has tents with fully glazed bathrooms, a gin bar and resident monkeys 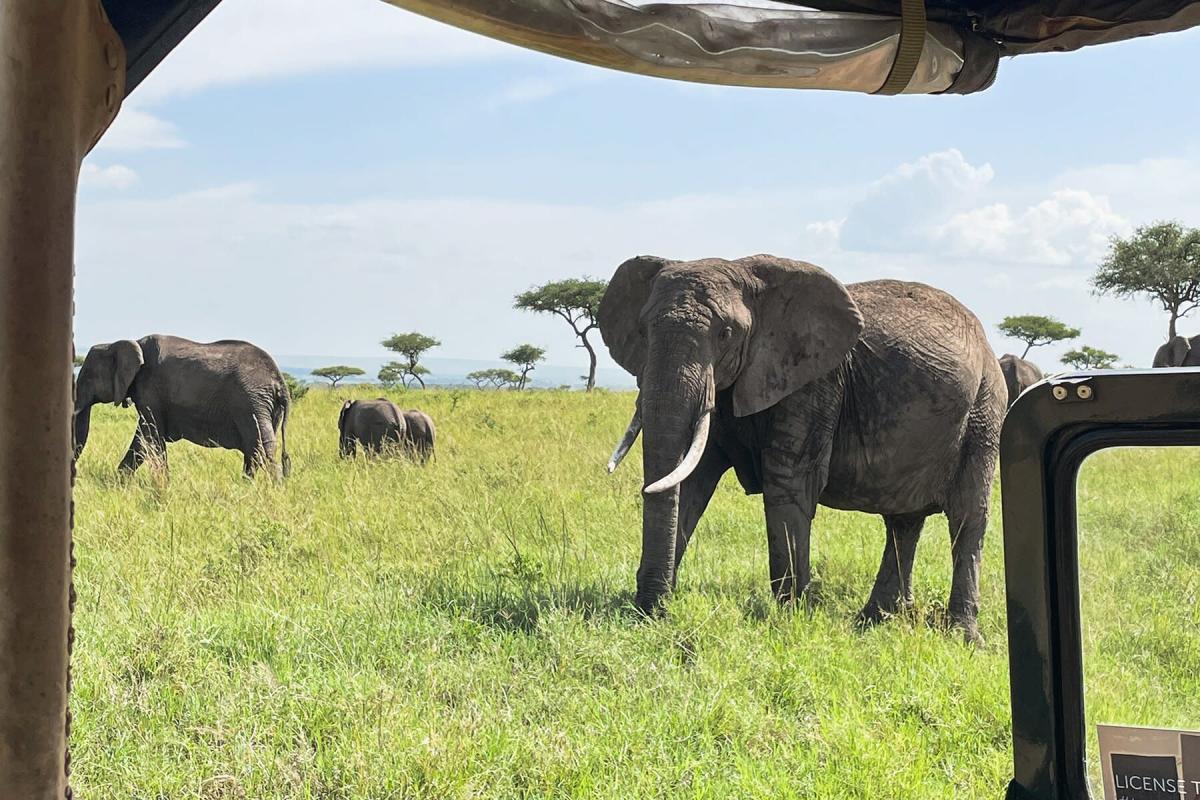 On one of our first game drives at andBeyond Bateleur Camp, my partner Oscar was struggling to take decent photos of the animals on his old iPhone XR (a 2018 model). “See, I told you you wanted a better camera for this trip,” I said, taking pictures on the mirrorless Leica I had purchased a few months before.

Noticing Oscar struggling, our guide Jeremy pulled out what looked like an oddly shaped phone case and said, “Try this”. It was an adapter that could connect an iPhone camera to a regular pair of binoculars, giving it a telephoto lens. Suddenly, Oscar’s old iPhone could take better close-up photos than my brand new camera.

Jeremy is both a guide and wildlife photographer, so he’s used to helping customers up their photo game when they’re in the car. Sure, I might have been a little bitter that my photography-ignorant boyfriend had outdone me, but that’s beside the point. We did not know at the beginning of the stay that our guide was also a photographer. This is the kind of surprise we often encountered at Bateleur; we were constantly amazed by the unexpected extras that took the experience to the next level.

Up close and personal animals

We arrived at the camp around noon on the first day, so after settling into our room, we went straight to lunch. About five minutes after we sat down to dinner, a family of warthogs (or Pumbas, as they are often called) wandered into the outdoor dining area and began grazing a few feet away from us. They ate their lunch and we ate ours, as if we were all dining at the same restaurant.

Warthogs aren’t the only animals that live on the property. One afternoon between game drives, I was sitting on the deck of our tent talking to a friend on the phone. As I was telling him about the trip, I shouted, “Ah, there’s a monkey!” He was climbing in the trees right next to our tent, cute as can be. This monkey was the first of a number I saw around the camp. Every time I noticed one it was a nice reminder that this was their home first.

Bateleur is located in Kenya’s famous Maasai Mara, and it’s just a small piece of andBeyond’s footprint. The conservation-focused luxury travel company has properties in Africa, Asia and South America. Its slogan is “Leave a better world”, which boils down to three pillars of impact: people, land and wildlife. Learning about these efforts at Bateleur, I particularly admired one of the ways the camp gives back to the local community.

Women of the Maasai tribe traditionally had to rely on their husbands’ earnings – most had no way of earning money themselves. To work to change this, andBeyond provided a group of women with beehives and taught them how to maintain colonies and extract honey. andBeyond now buys the women’s honey for use in the camp, providing them with a stable income.

The Maasai do travelers a great honor by letting us enjoy their land, and I thought it was important to understand some of the ways they benefit. Fortunately, andBeyond has made this easy.

On our return to camp after our last evening game drive, I headed straight for the tent, delighted to warm up in the bath before dinner. It was a rainy night, and it had been cold on the way. To my surprise, the bath had already been drawn, with both types of bubbles (the one you bathe in and the one you drink from). It was as if our butler William read my mind, although I’m sure he had simply anticipated his guest’s needs – a mark of impeccable service.

This is just one example of Bateleur’s ultra-luxury amenities. There’s also a gin bar, an infinity pool overlooking the plains, and a massage room with the same incredible view. It is a real oasis nestled in the African bush.

Saying goodbye was sad, as it always is at the end of a holiday, but it was a little easier to know that I had found a place that I would recommend to others as long as the memories live on, which I’m sure will be a lifetime.