The pats wrap the camp with panache 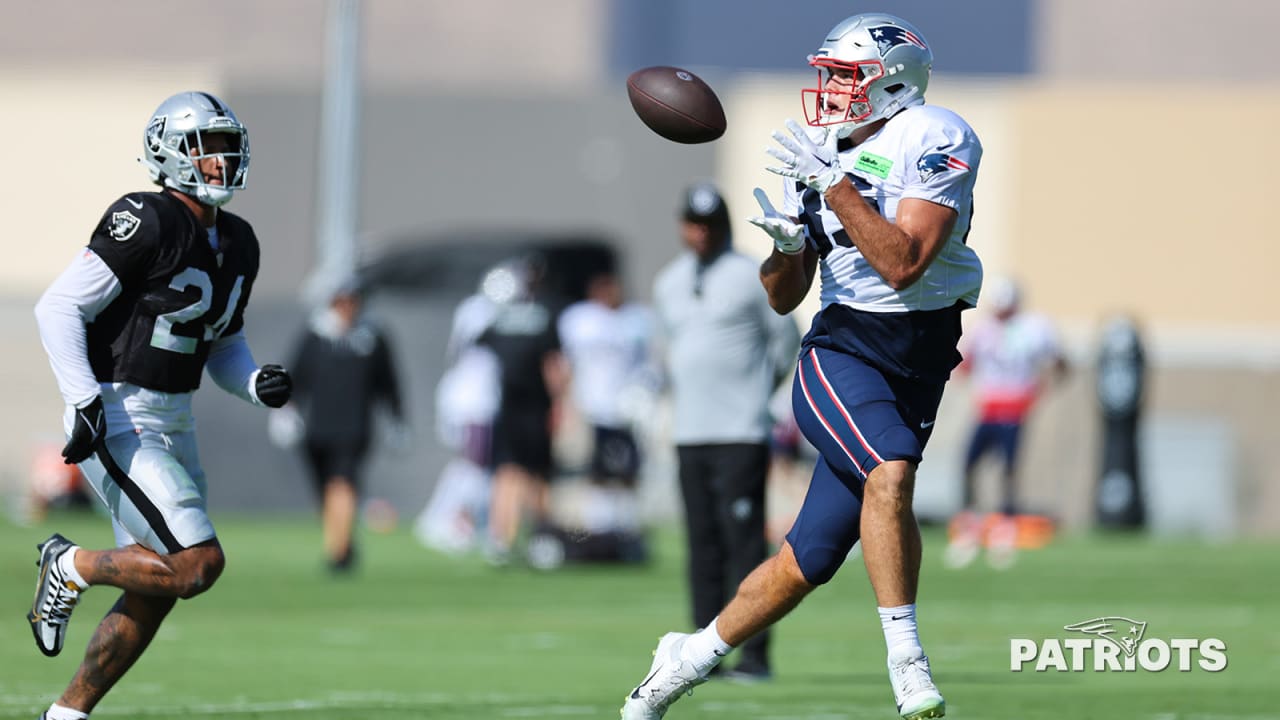 Here’s everything that stood out during the last open access practice of the summer:

— It was of course still a hot day but probably the most manageable of the three sessions taking place in the desert. A brief morning rain initially cooled things down, while a few clouds and a light breeze brought some relief.

– Patriots attendance remained the same as Tuesday, with the absence of Tyquan Thornton, Harvey Langi and Kristian Wilkerson.

– Damien Harris, Nelson Agholor and Isaiah Wynn all left the pitch at various points during the session, requiring the coaches’ attention, but Agholor and Wynn returned to the pitch despite not taking part in drills. Their availability will be something to watch, although they still have a full week before an injury report is due.

– Justin Herron replaced right tackle for Wynn and faced a tough challenge from pass thrower Maxx Crosby who was a problem throughout both sessions.

– Brendan Schooler had an opportunity as the personal protector of the best punting team, as Cody Davis looked behind the formation with the backups. Davis has been in the role for two seasons now and that’s important. If the team can already trust Schooler in this role, he could be more of a roster lock than anyone realizes.

– Speaking of special teams, don’t let DaMarcus Mitchell fly under the radar. He’s been in the mix with the core veterans almost as much as Schooler. He should see plenty of playing time on Friday night.

– Myles Bryant had his hands full with Hunter Renfroe going 1-on-1, but after losing his first two reps to Renfroe on Wednesday, Bryant bounced back with a nice victory. Renfroe is so sneaky that covering in tight spaces is almost impossible.

– Bailey Zappe completed a nice pass to newcomer tight end Jalen Wyndermyer during team periods. Wydermyer is a big tight end who has been pushed into the fire since signing with the team less than a week ago.

— Jabrill Peppers continues to see its use increase in a variety of areas. He was first in punt returns, followed by Myles Bryant, Marcus Jones and Kyle Dugger.

– The two-minute drill at the end of practice gave some of the second-team defensemen a chance to see some work against the Raiders’ top unit. Jack Jones, Terrance Mitchell and Josh Bledsoe highlight some of the players who have been competitive over the period.

The Patriots are out Thursday and will face the Raiders Friday night at 8:15 p.m. EST.