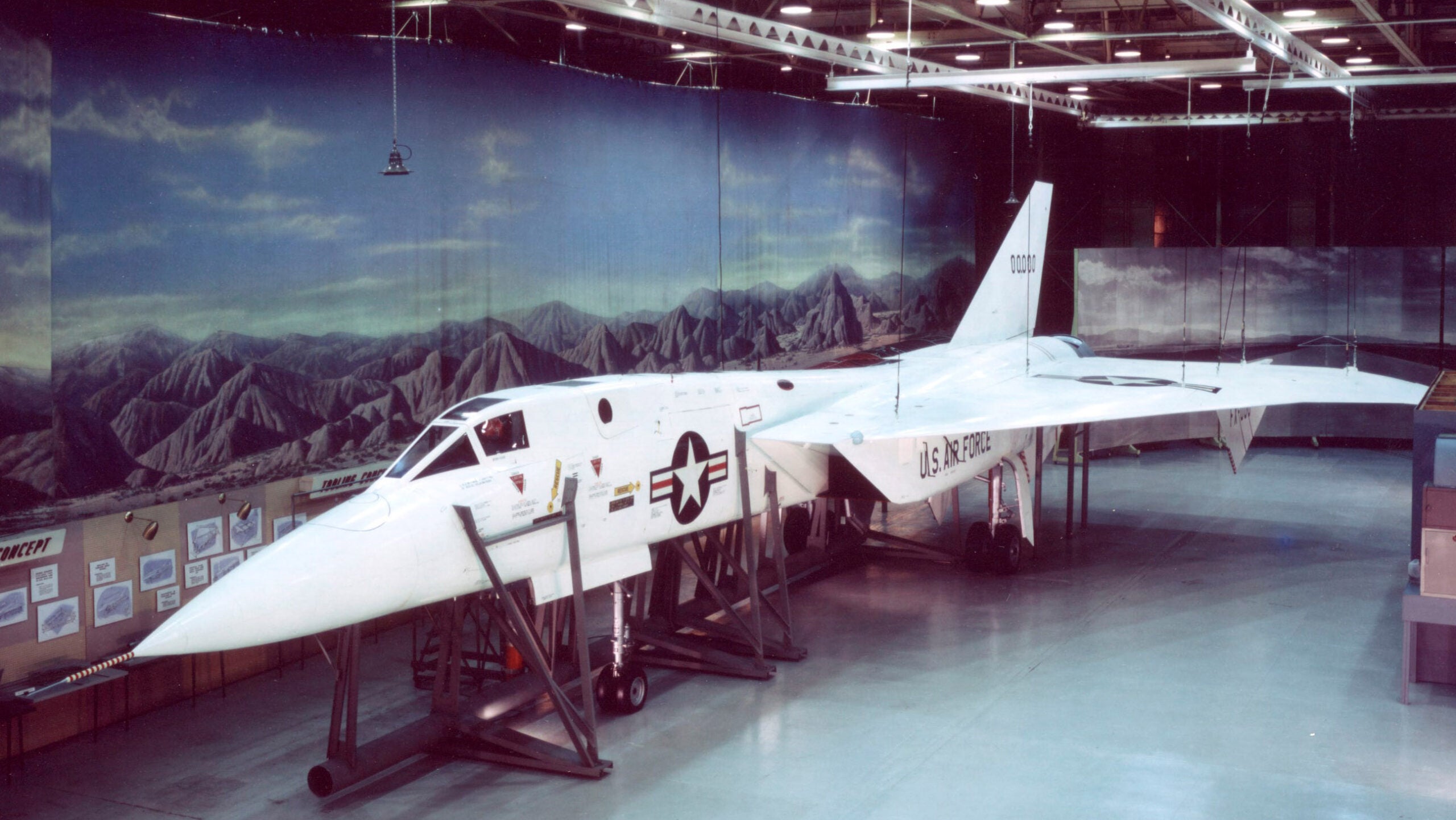 As for the missiles that the XF-108 was intended to carry, the GAR-9 was a member of the Hughes Falcon family, but was considerably taller than its cousins, with a length of over 12 feet. By comparison, the Falcon GAR-1D and GAR-3A then in service at the time were approximately 6 and 7 feet long, respectively.

The GAR-9 had been specially developed for the Long Range Intercept Experimental Program (LRI-X), for which the XF-108 was selected in 1957 as the winning design, ahead of its rival Republic XF-103.

Originally intended to carry a conventional or nuclear warhead, the GAR-9 would have had a range of 100 miles or more, flying towards its target using semi-active radar, with the engagement process handled by fire. AN / ASG-18. -control system on the Rapier. Changes to the design of the GAR-9 increased its weight and diameter, resulting in modifications to the weapon bay of the XF-108, although it is not clear whether the rotating mechanism was changed during the process.

Ultimately, however, despite good progress in development efforts, the XF-108 was canceled in 1959 as the Air Force failed to find the funds to keep the program alive, despite its performance promised. Additionally, concerns about Soviet bombers were starting to diminish, now that Intercontinental Ballistic Missiles (ICBMs) appeared to pose a much more serious threat. Rather, it would be up to the Convair F-106 Delta Darts to defend the North American skies against bombers, a job they did until the 1980s.

A similar fate befell the XB-70 as well, with it being canceled in 1961 – before any copies were stolen. The reasons included the developments of Soviet surface-to-air missiles, which were to endanger them, as well as the appearance of cheaper, nuclear-weapon ICBMs.

Despite the demise of the XF-108 program, work continued on the GAR-9, which was renamed AIM-47 in 1963. It was now intended to arm the Lockheed YF-12A, the interceptor version of spy A -12. aircraft, which carried out several successful test launches of the AIM-47 before it was also canceled.

Subsequently, the AIM-47 and ASG-18 contributed to the design of the AIM-54 Phoenix and AN / AWG-9 radars which, as part of the F-14 Tomcat, provided air defense for groups naval aircraft during much of the Cold War.

While the XF-108’s development DNA was meant to endure, the US Air Force was not meant to field a Mach-3 fighter, let alone a fighter armed with a rotary missile launcher.