The Chiefs begin the last week of training camp in St. Joseph. 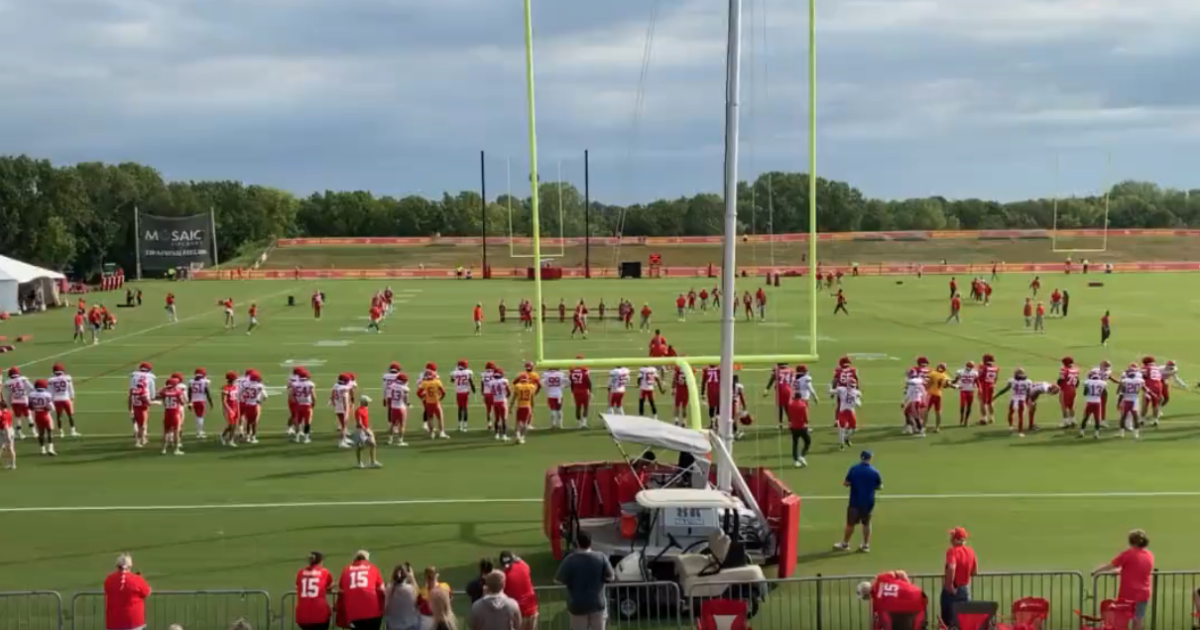 KANSAS CITY, Mo. — 11:40 a.m. | Issac Pacheco talks about his first NFL game, “It was awesome. I’ve waited my whole life to play in an NFL game… It was a dream come true.
Travis Kelce called it a PAC.

11:32 am | Travis Kelce talked about his new cereal and said he had already eaten 10 boxes of it.

Blake Bell suffered a hip flexor injury in the Bears game and Butker has ankle pain, which is why Justin Reid kicked today, according to Andy Reid. #ChiefsKingdom #Chefs41

10:39 am | Frank Clark giving some secondary lessons to George Karlaftis.

For those asking, I haven’t seen Blake Bell. And with the way he fell during a non-contact play in the game. I’m not surprised.

Reid finished 7/9 on the FGs. Pushed a 40-yard try at the end. The kicker controversy continues! 😂

10:26 am | Justin Reid the kicker taking kills at the media tent.

Reid makes three more from 25+, including one that lands in the media tent. @Leabonics here, breaking the hearts of children when he catches the ball as it comes out of the tent.

Justin Reid had more work on the field goals, but this time with Juan Thornhill as starter. Looks like only James Winchester’s job is safe 😂 #ChiefsKingdom #Chefs41

10:05 | Danny Shelton is about to get his first taste of Chiefs action at camp.

Danny Shelton has now entered. Gap A may be closed until further notice

9:38 | Good news on the injury front for the Chiefs as running back Derrick Gore trains today after suffering a neck injury in Saturday’s game.

9:35 am | New Chiefs player Danny Shelton is at St. Joes for the first time and wears number 92