The Case of the Vanished Camp 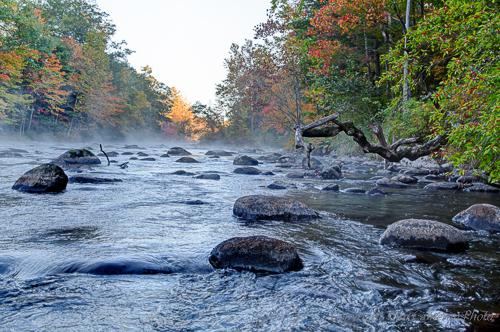 Once upon a time, a thousand years ago (or so it seems to this 85-year-old author), I went to a YMCA boys’ camp in New Hartford.

There were several unusual things about my two weeks on a hill above the Farmington River. Strangest thing of all, however, was my surprise discovery that no one in New Hartford today seems to know where Camp House-in-the-Fields was. In fact, I can’t find anyone who remembers the camp.

My adventure in this vanished camp began on a Saturday afternoon in August 1944, in the midst of World War II. I arrived in New Hartford in one of two yellow school buses packed with campers from the Hartford area. I had just turned 7 and wasn’t looking forward to an impromptu stay in a strange place. I was happy at home in Wethersfield. But my mother, a registered nurse, had returned to work tending to the hundreds of people burned in the terrible Hartford Circus fire. On July 6, 1944, 167 people died in a few minutes under the burning marquee, a third of them children. My mother worked late at night in the hospital, so I was sent to New Hartford camp, where on that August day the yellow buses pulled up on Main Street.

I strolled along the sidewalk, watching the heavy traffic – including a convoy of army trucks – rumble down Highway 44. Why, I wondered, weren’t we taken straight to camp ? Later I learned that the buses could not go up the hills of New Hartford. We waited downtown for an hour or more as the old camp station wagon shuttled us, five or six at a time, up the very steep road that led to the three cabins and a tent that would be our homes. at Camp House -in the fields.

The next morning, I learned where the name of the camp came from. As difficult as it may seem, I was attending what might have been the only boys camp north of the Mojave Desert that was not located on a lake or ocean beach. The only water we, the boys, found at House-in-the-Fields was in the modest stream that flowed through a ravine in the middle of the camp. From a footbridge above, I could see that work had begun on a dam that would one day turn the creek into a swimming pond. For the moment, however, there was a war. All civil construction had stopped, including the dams. We campers should find water elsewhere.

Easier said. House-in-the-Fields, I soon discovered, had no shower or tub either. The main camp building, known as the Big House, appeared to have plumbing, but was off-limits to campers. At 7, staying clean wasn’t my top priority, but the occasional bath didn’t bother me either.

Finally, the advisers revealed their secret. Our new house in the fields was not too far from a creek called the Farmington River. And we lucky boys would hike to Farmington that afternoon. Sure enough, an hour after lunch we were told to put on our bathing suits and get our towels. A short time later we were descending the slope in a column of twos. For part of the way, I remember, the stream running through the camp was following us along the road.

How far was it? How long did it take to reach Route 44? For children, time and distance are not major concerns, especially when walking downhill. With councilors stopping traffic, we crossed the freeway near where the new bridge over the Farmington stands today. Then we walked along a narrow road that ran between the highway and the river, a road that no longer appears on internet maps. Finally, we reached our swimming spot on the rocky right bank of the Farmington.

Our shirts and shoes flew off and we rushed into the water. And right away, we came back instantly. We had just learned three things about historic Farmington River. First, the water is cold. Two, it’s very cold. Third, the river is fast and shallow, so we weren’t allowed to stray too far from shore. In other words, we were about to spend two weeks at a summer camp where there was no swimming, no diving, no rowing, no paddling, and no water sports. of any kind, except to find a place to reluctantly dip our buttocks into the ice. Farmington.

The work back at camp was another story. During the climb, time and distance mattered a lot. Whatever good the Farmington had done us was a distant memory. We returned to camp hot and sweaty.

As for the rest of our two weeks in New Hartford, I don’t remember any activity except that unforgettable daily walk to the Farmington and back, and playing a game called Red Rover. But I remember us campers chatting almost constantly about two things: the circus fire and the war. Every boy, it seemed, had a brother, relative, uncle, friend, classmate, or neighbor who had escaped the burning marquee, or who was fighting in Normandy or Saipan. My neighbors across the street in Wethersfield, the Whiteheads, had lost their only son at Pearl Harbor, the first Connecticut man to die in the war. The fire and the war were real, but somehow our camp in New Hartford was not. It quickly faded from memory.

But several years ago, camp suddenly came to mind. I started wondering if there might be a mention of “House-in-the-Fields” online or on Facebook. Nothing came, so I emailed New Hartford. A librarian and a helpful woman at the historical society showed interest in my quest. But neither of them had ever heard of such a camp and politely wondered if I hadn’t gone to the wrong city. A more recent email to the New Hartford Senior Center has yet to receive a response. I hope one of my old comrades remembers a column of reluctant campers crossing Highway 44 and being herded down a freezing dip in the Farmington.

Is there somewhere left to look? The classic old YMCA building in Hartford was demolished years ago. My best guess is that the entrance to the camp was on Steele Road, and the pond created by that dammed stream is still there, behind the big house in the fields.

Of course, there are other disturbing possibilities. Maybe no one else remembers, or I, like Ishmael in “Moby Dick”, “I escaped alone to tell you”.