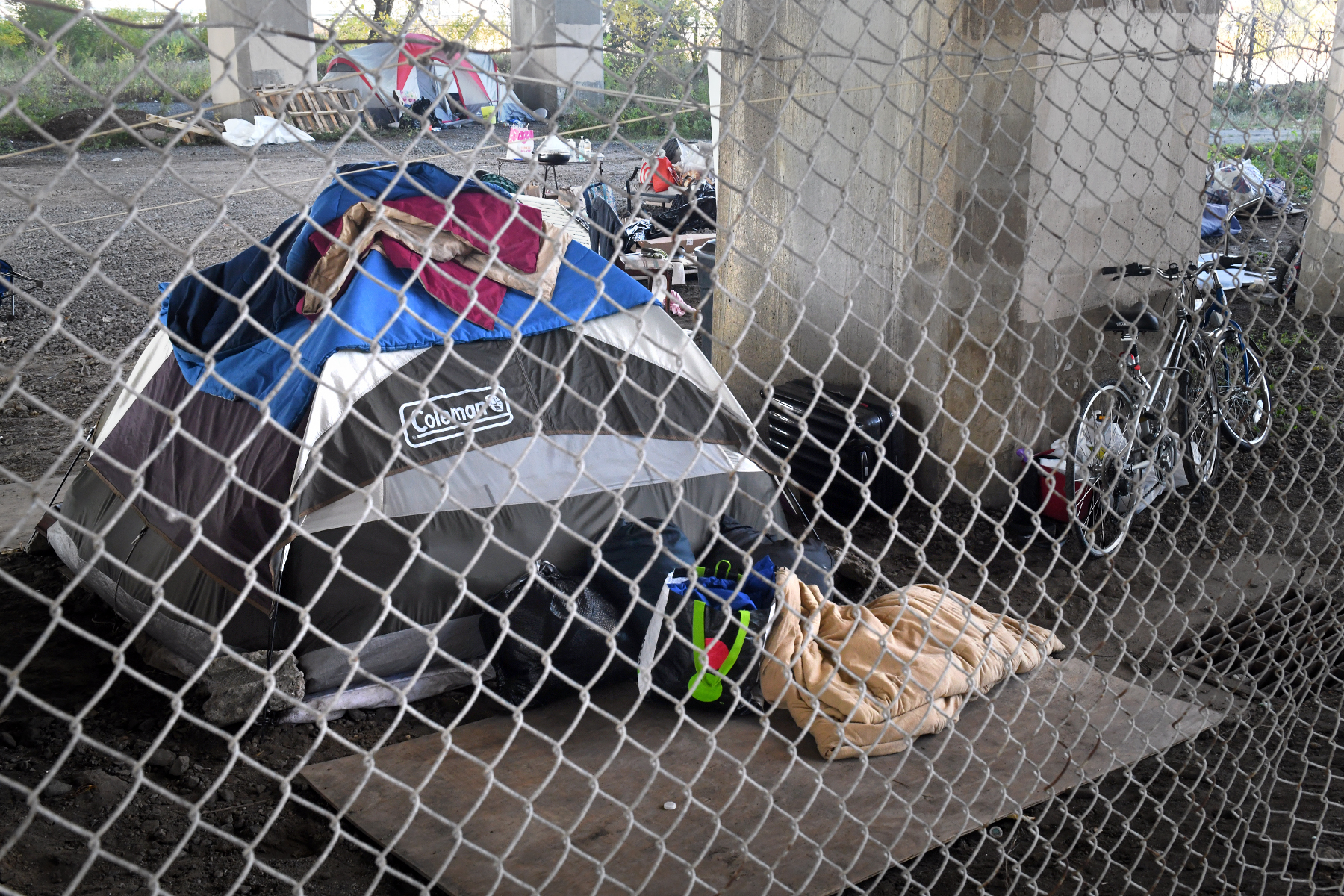 BRIDGEPORT — Time could be running out on an encampment that homeless people have set up under a bridge on the east side of Bridgeport, with state officials saying they must leave. But the city’s social workers direct them to a shelter.

Camp residents have been living there for about two months. Some of them previously slept outside the Main Street courthouse in downtown Bridgeport, while a few lived behind the juvenile detention center before the area was fenced off, some attorneys say. A homeless man who started the camp says some of its residents have been denied federal housing vouchers.

State DOT spokesman Josh Morgan said the homeless camp was on state property. Morgan said officials last week visited the camp, which sits under part of Interstate 95 at the intersection of Stratford Avenue and Kossuth Street. Then they contacted the Bridgeport YMCA, the city and local agencies to help find housing for people living there, he said.

Carmen Colon, who runs the Bridgeport YMCA, said social workers, including those at the YMCA, told camp residents on Monday that officials planned to close the camp. Colon said the group recommended camp residents stay at the YMCA’s South End Community Center, a 24/7 shelter.

“We don’t just offer a bed for the night, or a crib for the night,” Colon said. “We have social workers who work with the population, so we can house them permanently.”

The facility, also known as the “heating shelter,” typically operates from mid-November until April 15, but Colon says she opened the shelter on Tuesday.

The YMCA also operates permanent housing throughout Bridgeport, where residents receive counseling and job training and can get help accessing health care and disability benefits.

Morgan said sections of the fence around the site are owned by the city and the state. He said state officials are working with the city to fix it and shut down access to the site, a process he says could take weeks.

In an interview, Morgan said state officials have not set a date when homeless people living in the area should pack up and leave.

Camp residents declined to speak to a Hearst Connecticut Media reporter on Thursday, but Alex Ramos, a housing advocate who has donated some of the camp’s tents and provided food for its residents, supports attempts to provide residents another place to live.

“Winter is coming,” Ramos said. “So if they can provide shelter for them, they won’t have to worry about the cold, and it’s safer inside a shelter.”

Even so, Ramos said some camp residents have complained to him that they may have had to give up their belongings to stay in a shelter. But Colon, the local YMCA official, said that although heat shelter workers usually ask people to bring only a backpack, they allow some flexibility.

“We’re so empathetic,” Colon said. “You bring extra pants or whatever and another small bag, I’m not going to tell you that you have to get rid of them.”