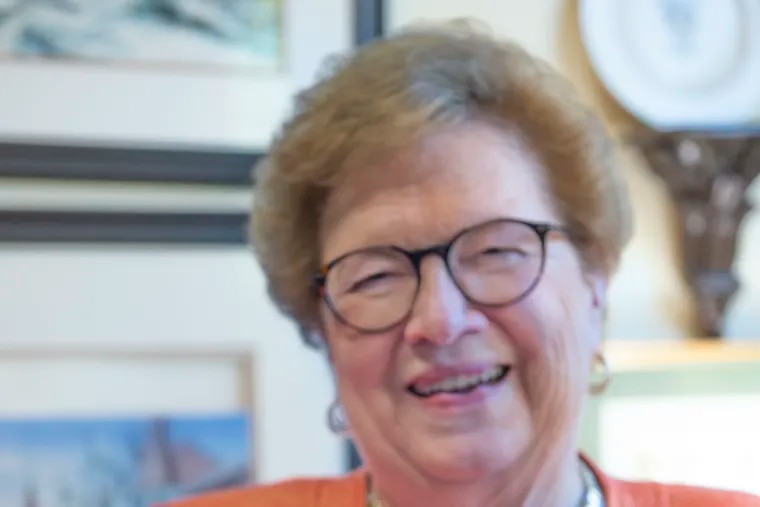 Now, Sister Carol Jean Vale, past president of Chestnut Hill College and honorary beverage namesake, has her eye on something a little more vintage.

“I would prefer Carol’s Cab,” she said.

Who knows? She could get it. There’s a former student who owns a few vineyards in the Finger Lakes. Is that too much to ask for a 76-year-old nun who has spent the past three decades navigating the tiny Catholic college through the choppy waters of higher education?

“She leads with love” written 1993 alumnus Suzanne Coster McCarthy in a series of online tributes posted by the 98-year-old college as Vale prepares to say goodbye. “His soul is infused into the walls.”

“I kept having ideas about the future of the college and the board kept re-electing me,” Vale said in an interview in his office, which was undergoing a pack-up the week. last.

Vale, a member of the college’s founding order, the Sisters of St. Joseph, in 2000 oversaw the first new building on campus in more than 40 years, then in 2003 led the school through its sometimes controversial transformation of a women’s college to a coeducational institution. Today, nearly half of the students are male, and Vale acknowledges that the college, which at the time had fallen to 324 undergraduate enrollment, could not have survived without the move.

A few years later, the college purchased the adjacent Sugarloaf property, doubling the size of the campus, with long-term plans for up to 10 college buildings and residence halls, prompting concern from some local community groups. This property is undergoing $6.7 million renovations and is set to be the site of new neurodiversity programs, including those for students with autism. Along the way, she expanded the academic and athletic programs, including adding Chestnut Hill’s first doctoral program, and hired 90% of the faculty.

“She had grace under pressure at all times, maintaining such courage and dignity in some serious and interesting situations,” said board chair Cathy Lockyer Moulton, a 1992 alumna and Wynnewood resident. .

Vale’s impact goes beyond campus boundaries. She was a founding member and leader of the Southeastern Pennsylvania Consortium for Higher Educationa group of nine local colleges that work together on summer research, faculty training, and other projects, even though they compete.

“She has done a masterful job of navigating the diverse interests of member institutions to identify these areas of collaboration,” said Beth Moy, chief of staff at Salus University and former executive director of the consortium.

There were many challenges, and even with the conversion to coed, the college bled enrollment over the years and was hit hard by the pandemic. At its peak a decade ago, it had about 2,400 students. Today, it hosts around 1,400, including just over 700 undergraduate students.

Vale acknowledged a potentially difficult fiscal year ahead, with a heavy reliance on fall enrollments. Deposits, she said, have come more slowly as families struggle with rising gas and food prices and an uncertain economy.

“Higher education has been explosive,” acknowledged Suzanne del Gizzo, an English teacher and president of the Center for Integrated Humanities, “and she was a steady calm influence, trying to keep the boat straight. She balanced this stewardship with humanity towards faculty and staff, ensuring these things affected us as little as possible.

Vale says she is very proud to have made “the absolute certainty that the legacy of the Sisters of St. Joseph…is firmly rooted in the life of the institution” and that it will remain so after her departure. . The college provides an orientation for all new recruits and has sent some employees to a year-long program on the heritage and history of the order, she said.

When she became president, more than 60 sisters worked there; now there are fewer than 20. Acknowledging that she may be the last sister to serve as president, she said if she could offer any advice to incoming president William W. Latimer, an infectious disease epidemiologist and Chestnut Hill’s first lay leader, he would be, “Don’t change the culture.

Vale was born into an Episcopal family. With his father, a naval colonel, the family moved quite a bit. While at Camp Pendleton in California, most of his friends were Catholic. She went to mass with them on Easter Sunday.

“Something happened…that really changed my life,” said Vale, then an eighth-grader. When Communion was served, “I had the experience that it was the body and blood of Christ.”

Her parents insisted that she go to college for a year first, and she did. Then in 1964, she joined the Philadelphia-based order. She left for a few years, thinking she would like to get married and start a family, and dated a man she fell in love with in college.

“I was engaged, but God intervened,” she said.

Over the years, she taught elementary schools in Pennsylvania, New Jersey, and Washington, DC, before ending up here. at Cardinal Dougherty High School. It was then that she decided to go to Fordham University for her masters and doctorate.

“I really wanted to explore in depth the dynamics between mind, body, and spirit as it relates to spiritual growth and development,” she said.

Vale had hoped to establish a program that examined what happens physiologically during spiritual growth. She was a bit ahead of her time, she said, noting that later studies would show changes in the brain during prayer.

In 1988, she became an assistant professor of religious studies at Chestnut Hill. She became president four years later.

Often dressed in a red suit – the primary color of the college – Vale makes it a point to interview every professional employee the college hires. She almost never forgets a face or a name and shows how much she cares, her colleagues say.

“You can be in a crowded reception…and her quality of presence with the person in front of her is like she’s the only one in the room,” said Lynn Ortale, vice president for student life, who worked for Vale. for 17 years and who will leave at the same time to become president of Maria College in Albany.

A few weeks ago, the college hosted a four-day alumni weekend, during which a cask of Vale Pale Ale leaked. school had asked Chestnut Hill Brewing Co. to make a drink in honor of Vale. He brewed 10 kegs, two of which were canned, with a photo of Vale and a poem, “Come to the Edge” by Christopher Logue, which she began sharing with students early in her presidency:

“Come to the edge.

Come to the edge.

COME TO THE BOARD!

The beer is almost sold out.

But Vale won’t. She will continue to live with other sisters in a house not far from the campus where she has spent nearly half her life.