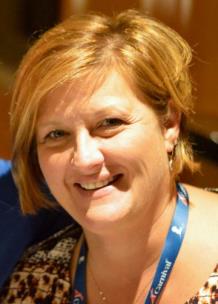 Asked about her new position, Ms. Skiles said, “I am thrilled to have the opportunity to continue the good work that is being done while developing all the programs the city has to offer. I also look forward to continuing my work with one of the best parks and recreation teams around. All the guys and girls in the department are great!