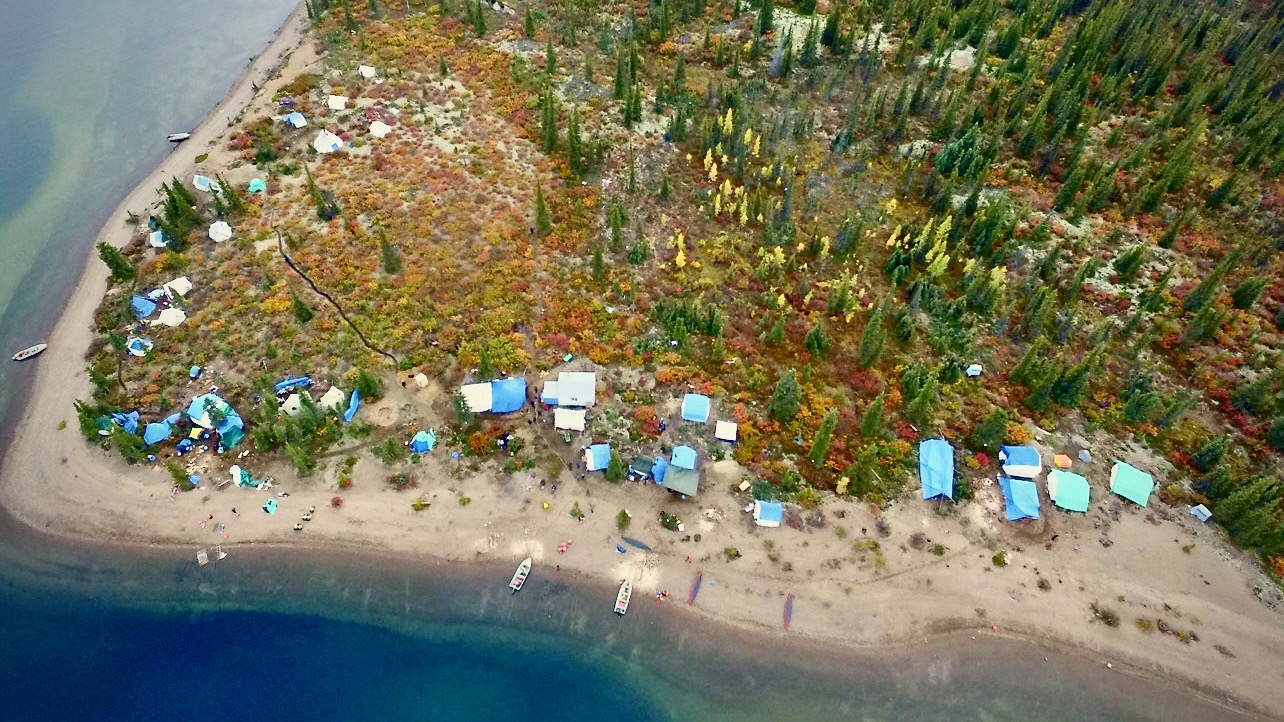 The warrant, issued by a justice of the peace in September, was part of an investigation into the harvest of 10 caribou inside a ‘mobile zone’, a no-hunting area intended to help protect the caribou herd. of Bathurst in decline.

During the investigation, the Government of the Northwest Territories conducted two searches: one inside the mobile zone and another at the site of a cultural camp on Artillery Lake, northeast of Łútsël K’é, but well south of the no-hunting zone.

According to the Łútsël K’é Dene First Nation (LKDFN), however, the raid was an invasive and traumatic show of force.

“After descending on the camp by helicopter, officers interviewed members of the community, carried out an invasive search of family tents and tepees (including tents for children) and seized samples of traditional food over a period of four hours,” the First Nation said in a statement. press release shortly after the raid.

“Officers threatened to charge people with obstruction and bring in additional officers if they refused to comply with their demands,” the First Nation reported.

Although the Northwest Territories Environment Minister Shane Thompson and the Department of Environment and Natural Resources (ENR) defended the search, the Łútsël K’é Dene First Nation challenged its legality.

Earlier this month, Larry Innes, a lawyer representing the First Nation, asked for the search warrant to be quashed because it violated the rights of individuals. The application was submitted on behalf of John Maurice Catholic, an elder, spiritual leader and elected band council member.

In a courtroom on Monday, Supreme Court Justice Shannon Smallwood granted the request to have the warrant quashed when two attorneys representing the territorial government did not object. Both parties also agreed that items seized during the search, such as samples of caribou meat and velvet antlers, would be forfeited.

Not the end of the matter

Iris Catholique, who manages the Thaidene Nëné Protected Area on behalf of the First Nation, said the decision came with mixed emotions.

“I am happy that we are able to cancel the warrant,” she said. At the same time, she and others still feel very upset and hurt. “It’s hard to even think about it without getting emotional,” she said.

The warrant authorized officers to enter the camp, which included a cabin, about two dozen tents and teepees, freezers, caches and other facilities. About 80 people witnessed the search, including Łútsël K’é leaders, youth, elders and guests, the First Nation said in a news release Monday.

“We have worked so hard to heal from the violence that our elders and ancestors have suffered from government officials through things like residential schools and wildlife policy, and also to protect our young people from this kind of abuse. ‘experiences,’ Iris Catholic said in the same statement.

The research brought this whole story to a head, she said. In an affidavit submitted with the application, John Maurice Catholic writes that he attended boarding school for 13 years. The search, he writes, “reminded me of the fear and helplessness I felt at boarding school, where I feared physical violence if I fought back.”

Although the First Nation welcomes the government’s admission that the warrant and search were illegal, that is not the end of the matter.

“The LKDFN reiterates its call for an investigation into the conduct of wildlife officers and the events leading up to the warrant, as well as an apology for what happened at our camp in September,” the chief said. James Marlowe in the press release. “We believe the officials who sanctioned this raid should resign.”

ENR spokesman Mike Westwick said by email that the department is undertaking an independent review of officers’ conduct during the search, as it committed to last month.

Although the ENR could not comment on the legal proceedings and decisions made on behalf of the Attorney General, the investigation into illegal harvesting and waste remains open, Westwick wrote.

According to Iris Catholique, the problem is not about to disappear. The First Nation is considering its legal options, including filing a civil suit against the GNWT over the search.

“Ultimately, our constitutional rights were violated,” she said. “There’s still a lot of reconciliation that still needs to happen.”