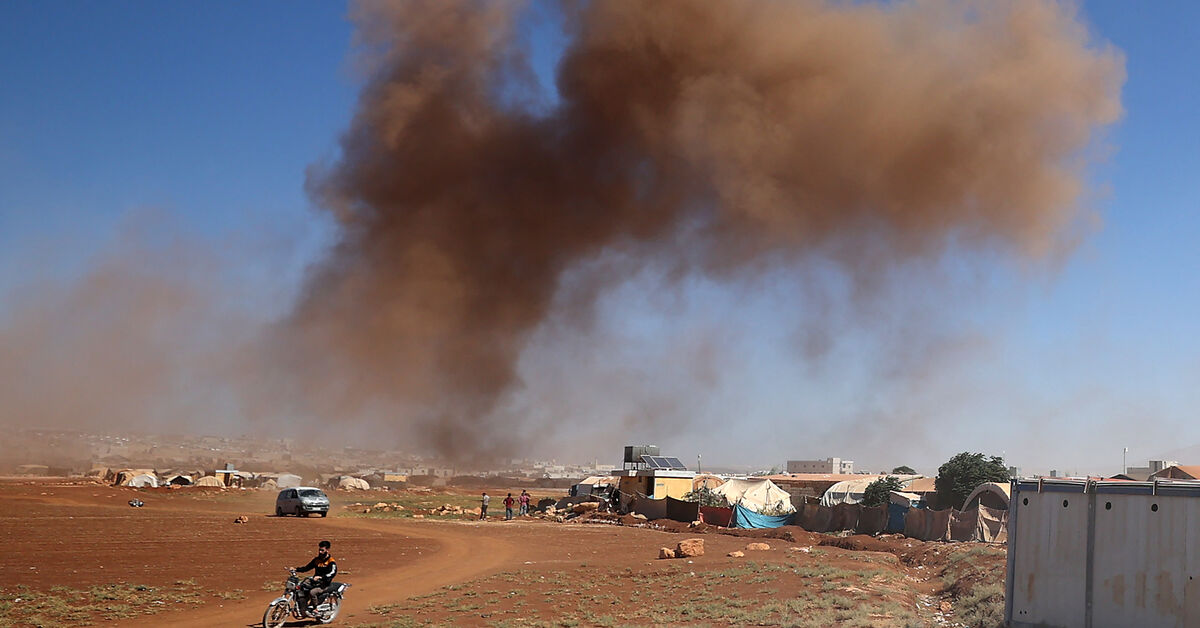 ALEPPO, Syria – Syrian government forces and Russia have recently renewed their ground and airstrikes on Syria’s northwestern province of Idlib.

The Syrian Civil Defence, aka the White Helmets, reported cases of fainting from fear and panic among the displaced, as students evacuated their schools from the camp due to nearby shelling in the Kalbit area.

Fatima Saeed, a mother of four who lives in one of the Kalbit IDP camps, told Al-Monitor: “I panicked when I heard the Russian strikes because two of my children had just left the camp. ‘school. I ran out of my tent to look for them. I was very afraid that they would be hit by the bombs.

She added: “The area that was affected is overcrowded. »

A journalist close to the Syrian government forces who resides in Aleppo told Al-Monitor on condition of anonymity: “Russian forces had obtained intelligence on September 27 from agents affiliated with the Syrian intelligence apparatus in Idlib on the presence of senior commanders from Jaish al-Izza [Army of Glory] in a camp near the Bab al-Hawa crossing point. So, they jumped at the chance to target them.

On September 28, the Russian news agency Sputnik reported that the shelling in the Kalbit region targeted a position of the Jaish al-Izza faction affiliated with the Free Syrian Army (FSA), supported by Turkey, and that “the shelling killed and injured around 35 militants”.

Bakur denied that the Russian airstrikes resulted in significant casualties and casualties.

Shortly after the strikesOfficers of Jaish al-Izza published photos of them with their commander, Jamil al-Saleh, who Russia says was killed in the airstrikes in the Kalbit region.

An FSA commander told Al-Monitor on condition of anonymity: “Saleh – among other officers – survived the Russian airstrikes because they left the site shortly before the attack.”

The commander said: “Jaish al-Izza had prior knowledge of the Russian strikes, as they were briefed by spies from government forces. The faction was holding a training course for dozens of fighters inside the targeted camp before it was evacuated minutes before the Russian attack.

He added: “Jaish al-Izza completely evacuated his camp after the September 29 strike due to discontent of the displacedwho believe the location of the training camp posed a major threat to them.

Battlefronts between government forces and opposition factions in Idlib are witnessing retaliatory operations, as each side attempts to carry out qualitative military attacks based on information collected by their ground and air surveillance units , as well as their spy cells.