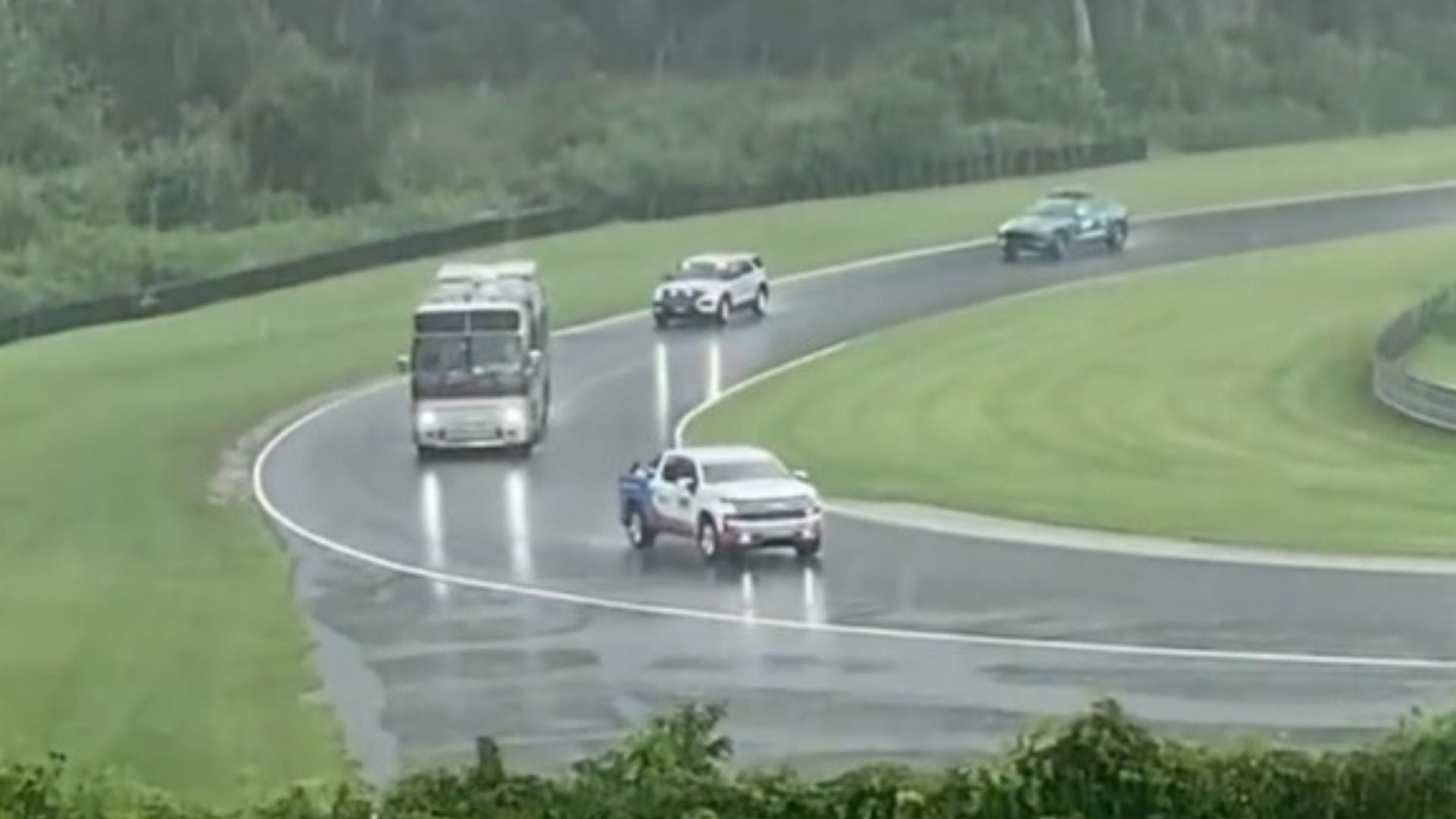 Friday afternoon, the second practice session of the IMSA WeatherTech Northeast Grand Prix at Lime Rock Park was marked with a red flag due to lightning strikes and heavy rain. Within an hour, the status returned to green and the racing cars started to accelerate on the track again.

For an impatient motorhome, it wasn’t fast enough, and they tried to take a shortcut out of there by the most direct route possible: onto the track.

Sports car365‘s Dagys said the motorhome was pulled over by IMSA security vehicles and an arrest was made for reckless endangerment. Lime Rock Park PR representative responded to an email he was “unable to respond to. [this] affirmative investigation “into the incident.

The doors reopened at 7:00 a.m.ET this morning, with the IMSA Pilot Challenge race scheduled for 11:05 a.m. and the WeatherTech sprint scheduled for 3:10 p.m. Jordan Taylor won the WeatherTech SportsCar Championship pole position in the No.3 Chevrolet Corvette C8.R with a lap time of 49.948 seconds, and Roman De Angelis won his first IMSA pole for the GTD peloton with a time of 51.729 seconds in an Aston Martin Vantage GT3.

One of the most historic tracks in the country, the Lime Rock Park circuit has been in operation for 65 years now. Regular spectators know how to avoid inadvertently being part of the race, unlike the Mercedes-Benz GLA which blocked an active pit lane at Interlagos late last year. Lime Rock organizers will surely be on the lookout today for any unregistered vehicles trying to make a name for themselves.

Do you have any advice? Send a note to the author: kristin.shaw@thedrive.com