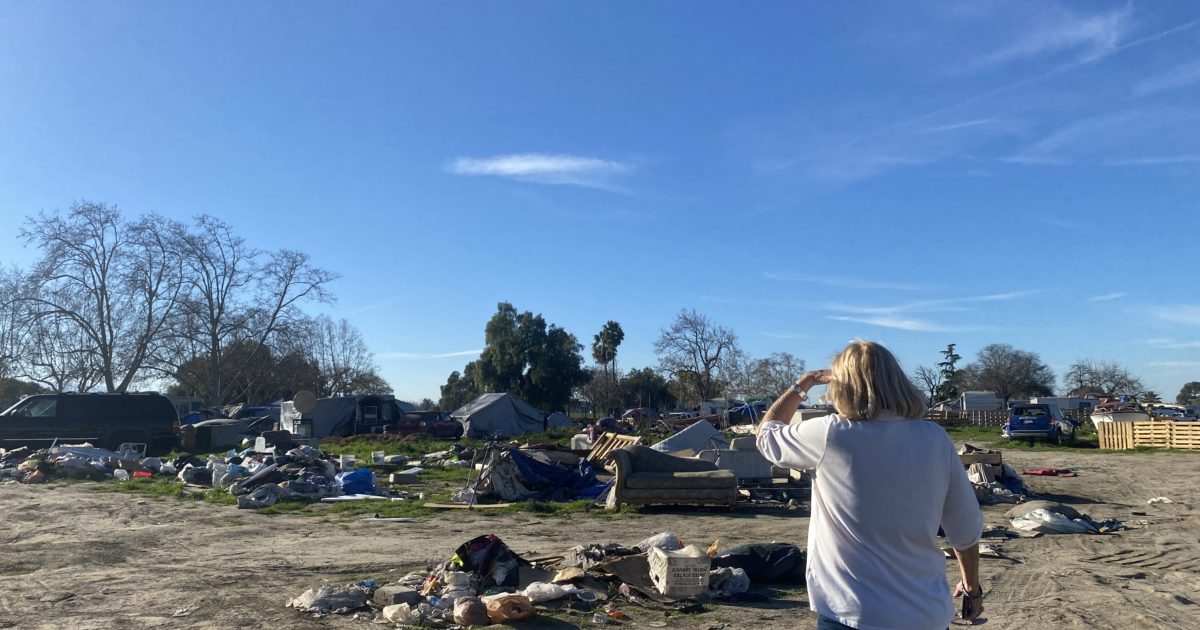 At the epicenter of a humanitarian crisis in San Jose where hundreds of people are sleeping outside, another crisis is brewing: that of the rats.

“They’re everywhere,” Luke Eblieg, a homeless person living in the sprawling encampment near Columbus Park, told San Jose Spotlight. “And they’re nothing like anything I’ve ever seen.”

Norway rats gnaw through electrical wires in vehicles, sneak into coolers and sleeping bags, and leave potentially dangerous urine and feces. People living in the camp near Asbury and Spring streets said some were falling ill from the rampant infestation, while others had their dogs put down after coming into contact with contaminated water or food by rodents.

Living conditions at one of the Bay Area’s largest encampments went from bad to worse after San Jose removed several dumpsters from the camp late last year, people without saying lodging. Officials said the city has removed dumpsters due to rampant illegal dumping of people outside the camp, but it still provides weekly garbage pickup. Those at the camp said San Jose only hauled garbage in city-sponsored bags that they hadn’t received in weeks.

With trash piling up along campsites, the sprawling camp near Columbus Park has quickly become a breeding and breeding ground for rodents.

Some people have put rat poison and traps around their camps with little luck, said Kelly Goodman, a homeless resident. Others started shooting the rats with pellet guns.

“I keep my dogs indoors all the time now,” said Rudy Ortega, a homeless resident living in an RV. “People were picking up their trash until (the city) brought out the dumpsters. The city created this problem.

Concerned about the infestation, the Santa Clara County Vector Control District is testing fleas found on trapped rats. County officials confirmed that the camp has not had any cases of leptospirosis, an infectious disease that can be spread through rat urine and become fatal without treatment.

“We will continue to work with the City of San Jose and other agencies for a safer community,” county officials told San Jose Spotlight.

Elected officials said San Jose is racing to find long-term solutions — or at least another place to go — for people at the site in the coming months. San Jose is working on several initiatives, including secure parking sites, quick-build apartments and vehicle repair services, officials said.

For San Jose council member Dev Davis, who now represents the area where the camp is located, safe parking sites are his office’s priority. The new political boundaries, adopted by the redistricting process, move the encampment into the district of Davis.

“What we need to do is find alternative places for people to go,” Davis told San Jose Spotlight, adding that the city needs a multitude of solutions to meet the diverse needs of the homeless population. . “It’s not tenable there for several reasons.”

The rat infestation at the camp near Columbus Park is another blight of the humanitarian crisis unfolding in the heart of wealthy Silicon Valley. Residing in one of the wealthiest regions in the world, Santa Clara and San Jose county officials continue to struggle with their inability to address the growing homelessness crisis that has only worsened for the COVID-19 pandemic.

At the Spring Street encampment, where nonprofits, faith-based organizations and advocates stop by each week to deliver services, food and necessities, a few hundred people are still in limbo and have nowhere to go. Above their heads, the deadline is fast approaching for San Jose to clear them of the field.

The Federal Aviation Administration is asking San Jose to remove homeless residents living near Columbus Park by June 30 or it could withhold millions of dollars in federal funding. The land is below the flight path of Mineta San Jose International Airport and is unsafe due to heavy noise pollution and proximity to runways.

“People here sometimes forget that we all have to leave soon,” said Buchi Aralu, a homeless person living at the camp. “The condition here weighs people down. Most of us are just trying to get through the day.

Many homeless people and advocates have said housing – along with services to help them stay sober, deal with mental illness or find jobs – are key to getting people off the streets.

County and city officials have been racing to build more housing of all types — supportive housing, prefab models, temporary units and motel rooms — to fill gaps in the area’s housing inventory. Last week, city officials broke ground on a 76-unit complex across the street from the Columbus Park encampment in a San Jose police parking lot slated to open later this year.

San Jose is also expanding its SOAR — Services, Awareness, Assistance, and Resources — outreach program to connect people in the encampment to services and case management, city spokesman Daniel Lazo said. The program has a budget of $6.7 million for hotel vouchers and rapid relocation services. It also has $300,000 to hire a housing specialist and provide one-time financial assistance to house up to 120 people.

Solutions in the works

San Jose is still exploring housing solutions for people in the camp, but there may soon be immediate relief.

The city is also partnering with HomeFirst, a nonprofit that manages shelters and small house sites, to bring mechanics to camp to repair residents’ vehicles. Downtown auto shop owner Larry Townsend Jr. signed a contract with HomeFirst last week after being recommended by a homeless attorney.

“HomeFirst didn’t tell me much about work,” Townsend told the San Jose Spotlight, looking out over a field of stalled vehicles. “But we are ready to get the ball rolling.”

Aralu, who owns an RV with expired tags, hopes the city and HomeFirst will also help people pay for their registration.

“I want to get out of here, but I don’t want the motorhome towed because of expired tags,” he said. “I don’t know who could help me with this, but it would be helpful.”