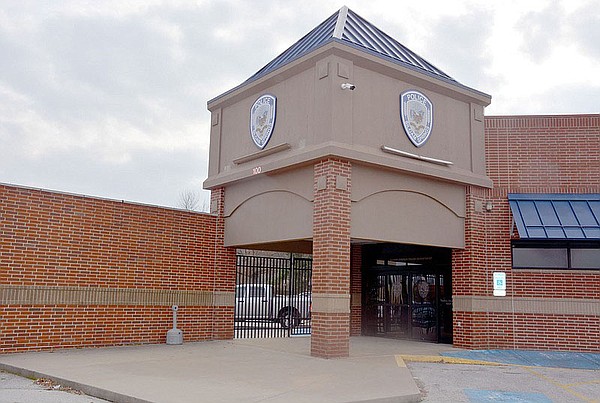 The Siloam Springs Police Department is preparing for Operation Safe Summer, which will begin in June after classes end and end in August before the start of the 2022-23 school year.

According to Capt. Derek Spicer, Operation Safe Summer is a program where the police department is beefing up patrols and launching its Street Crime Unit (SCU) to focus on narcotics and other crimes like burglary. The program is now in its third year, according to Police Chief Allan Gilbert.

Gilbert said he helped coordinate a similar program when he was with the Tupelo, Miss., police department, he said. The process involves the entire department working together, Gilbert said.

One of the ways the program is being conducted is by moving school resource officers (SROs) to the patrol division to allow other officers to participate in SCU, Spicer said.

“School is out and it’s an intense time for us,” Gilbert said. “Each of them will have different functions.”

Some of those duties will also include running Siloam Springs police and fire camps held over the summer, Spicer said. Camp is tentatively set for June 20-24 and tentatively July 11, Gilbert said.

Policing will be the main focus of the program and it will be done through communication, Spicer said. If there’s a wave of burglaries in a particular part of town, the detective assigned to SCU may bring in some officers to intentionally monitor those areas, Spicer said.

“Every facet will be involved,” Spicer said. “It’s about emphasizing the safety and security of our city as well as community awareness.”

Gilbert said SCU is intended to be a full-time program, but manpower is an issue. Five officers graduate from the police academy on April 7 and will then go through the police department’s FTO program to learn Siloam Springs-specific policies and procedures before being released to the patrol division, Gilbert said.

While SCU is currently only a summer program, Gilbert said he wants to bring it back during vacations when the kids are out of school, he said.

Community feedback for Operation Safe Summer has been positive, Gilbert said. The intent is to ensure not only residents but also visitors who visit Siloam Springs, Gilbert said.

In the three years since the program was launched, several criminals, including some with homicide warrants, have been apprehended, Spicer said.

“We’re the third-largest entry point into the state,” Gilbert said of the Arkansas-Oklahoma border. “It’s a lot of activity, over 35,000 to 40,000 people. People come here to shop and we make sure they’re safe.”

When asked if there was anything the public could do, Spicer said people were aware of the situation and were letting police know if they had any concerns.

If anyone sees something illegal, they can submit tips anonymously to [email protected] and a message via the department’s Facebook page, Spicer said.

Gilbert shouted out to the city and the board for their support. Along with the new officers, city managers approved a part-time police officer position in the 2022 budget, Gilbert said.