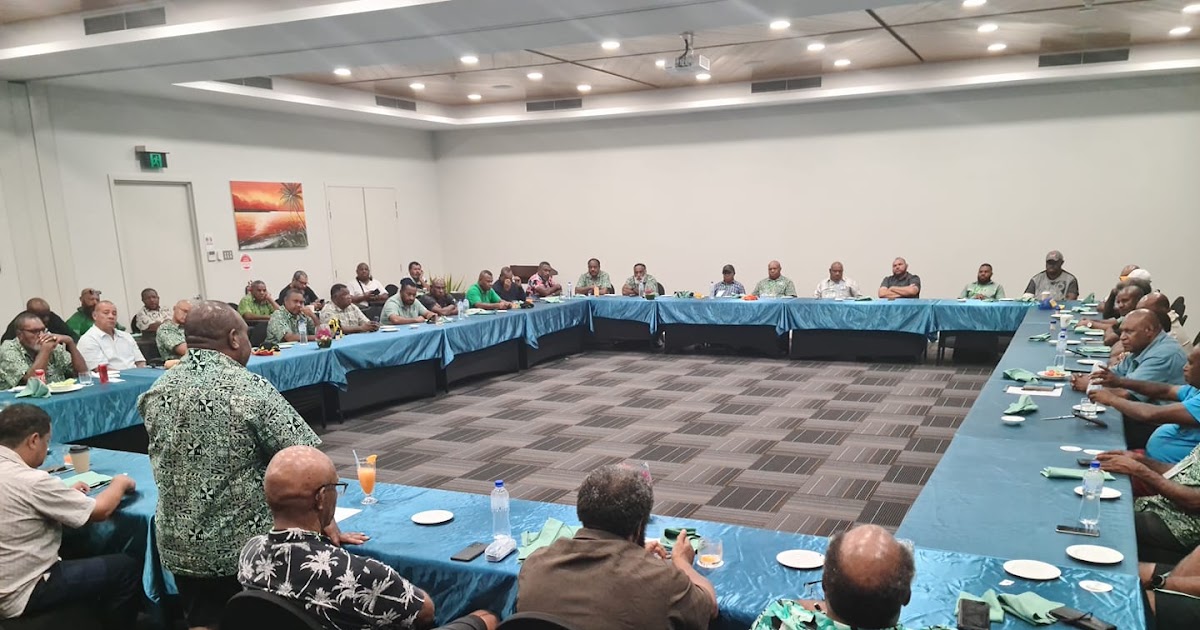 The political party LEADERS of the last coalition led by Pangu remain firm in their resolve to form government on Tuesday, August 9, 2022, to work together again for Papua New Guinea for the next five years.

Prime Minister James Marape announced this today (070822) ahead of his Governor General’s invitation to his Pangu Pati to form the next government in PNG’s 11th Parliament as per the requirements of Article 63 of the organic law of political parties and candidates.

He said: “All the leaders of the coalition parties who are here with me have signed the memorandum of understanding for a new coalition. With the inclusion of New Generation Party, this brings our coalition to 17 parties. United Resources Party is the second largest with 11 members.

“We also embrace some parties that are now coming into the fold as well as more independent candidates. We are currently an inclusive government, cultivating what we will do together for our people.

“We are ready to form the government; the number is there and there is no split between Pangu and our coalition partners. We are ready for the election of the President and the Prime Minister after all our deputies have been sworn in.

Prime Minister Marape said the team is in government and will continue the work of the past three years, including stabilizing and growing the economy, sustainable debt financing and installing key programs in government systems. – education, health and law and order. as well as connecting PNG and unbundling all the economic potential of the country, especially in rural PNG.

“We have shown the nation our capacity and our capabilities. Despite the devastating impact of a century-old global pandemic and imported inflation induced by global tension, we have kept our heads above water and weathered some of the most difficult times in recent history,” he said. said the prime minister.

“We won’t waste any time. We are getting started with a treatment cabinet and a full cabinet as soon as possible.

“That’s the advantage of having a government in place because we have started the work of rebuilding our country over the last three years and we look forward to building on that momentum.

“I want to ask one thing from our people. Have faith and trust in Pangu and our coalition partners to complete the job started over the past three years. You have given us your mandate and for this we will not leave anyone or no place behind us; we will do our best to make our country great,” Prime Minister Marape said.

Next: Muguwa Dilu declared elected member for the Kundiawa-Gembogl Open