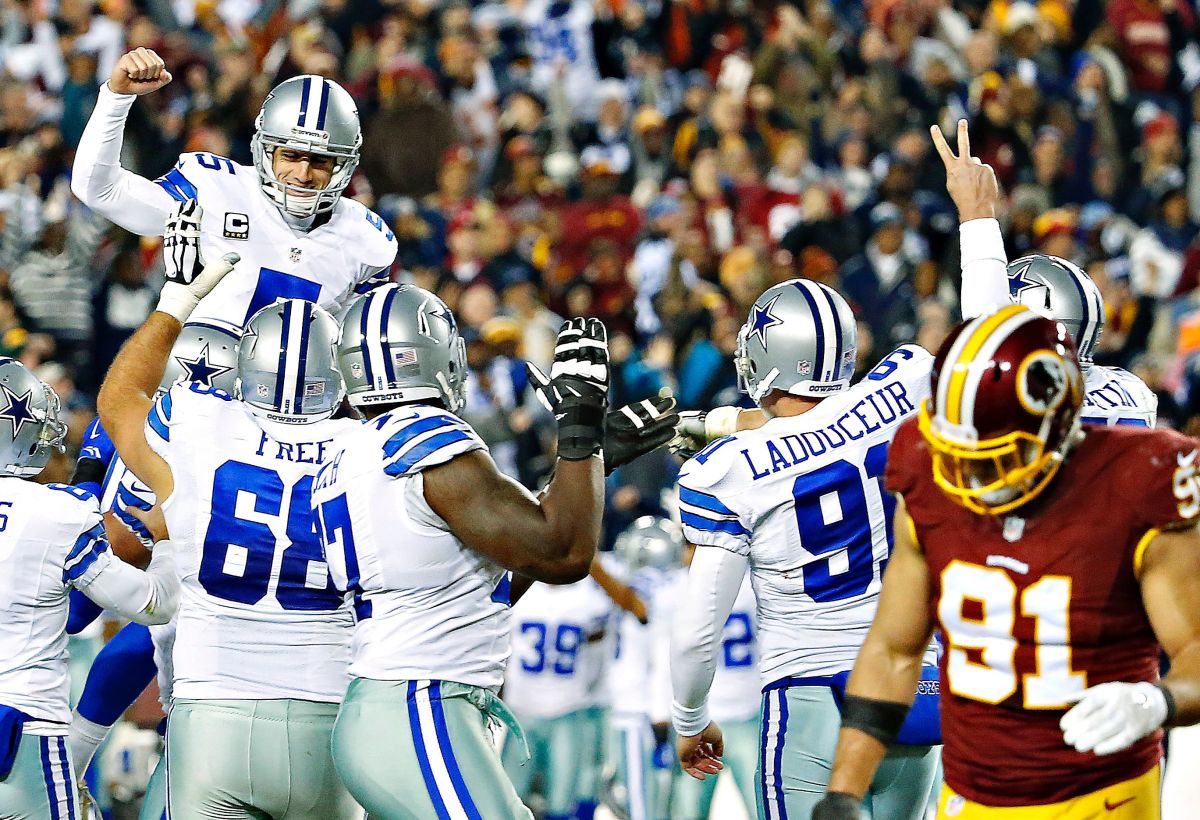 Whether you’re at the end of your coffee, your day, your week or even your rope party, welcome to Whitt’s End…

*Given the benefit of hindsight, perhaps newer isn’t necessarily better. With perspective now and patience then, maybe you should have hung on to those old baseball cards, that low-maintenance starter home, and – who knows – even the first wife.

Dan Bailey is 34 and has been out of the NFL since being cut by the Minnesota Vikings in March 2021. I would take him as the Dallas Cowboys kicker now, on sight.

Why? Because he’s the best kicker in franchise history. Because the Cowboys gave him up early. And, mostly, because their current kicking situation is so out of ideas that we’re back to Brett Maher.

While Hoffman is still in the league as an adviser to the Atlanta Falcons, Cowboys kicking is a mess.

To save $3 million, they cut Bailey in 2018, even though he was the most accurate kicker in NFL history at the time. While he had three solid seasons in Minnesota — twice named NFC Special Teams Player of the Week — Dallas suffered from the inconsistencies of his successor: Canadian Football League journeyman Maher.

In his first stint at Dallas, he scored two of the longest field goals in league history (62 and 63 yards), but was extremely inaccurate between 30 and 49 yards (62%).

In his wake, the Cowboys spent a lot of money on Greg Zuerlein. Yeah.

Jerry and trainer Mike McCarthy kinda wanted him back, but at a much reduced rate. Alas, Zuerlein is now kicking for the New York Jets and the Cowboys find themselves cutting rookie Jonathan Garibay, hanging onto Lirim Hajrullahu and bringing Maher back.

Conclusion: The Texas Rangers cut ties with Pudge Rodriguez and Nelson Cruz far too soon. The Dallas Mavericks could definitely use a player like the one they once had: Jae Crowder. And, yes, the Cowboys should have had the best kicker in franchise history.

Although they never won a playoff game on a field goal in the Finals, the Cowboys lost a few in the final seconds, including Super Bowl V (Jim O’Brien’s 32-yard field goal for the Colts ), a 2006 Wild Card play. (Tony Romo’s sloppy catch at Seattle), and a 2016 Divisional Round heartbreaker at the Packers (Mason Crosby’s 51-yard run as time expired).

The Cowboys’ last crucial kick that earned them something close to a playoff game? Eddie Murray’s 41-yard field goal in overtime at The Meadowlands in the 1993 regular season finale that beat the Giants and gave them home-court advantage throughout the playoffs en route to a second win straight to the Super Bowl.

What I do know is kicking can’t be understated, as evidenced by six of the NFL’s last seven playoff games last season decided by three runs or less (the other by six runs in extension).

In their previous 62 seasons, 34 players attempted a field goal for the Cowboys. Bailey is still the best:

*Mavs bad news: Other than rookie Jaden Hardy and possibly Josh Green, Dallas is devoid of young pieces that could help him when he reaches his peak.

*No offense to Chuck Morgan and John Blake, both of whom are kind, knowledgeable men who have been incredibly informative and entertaining about Rangers baseball over the past four decades. But you tell me that the sound announcer (Morgan) and the communications manager (Blake) are in the Rangers Hall of Fame while the manager who led the team to back-to-back World Series (Ron Washington) isn’t?

Blake is inducted this weekend in Arlington. Wash waits inexplicably.

*Come on, Kroger! What, you can’t make money off Labor Day “decorations,” so you’re already shoving Halloween pumpkins down our throats? Boo! (Do you understand?) Boo.

*When he snapped at the media at Oxnard and claimed “I have choices” in (sort of) defending the safety of McCarthy’s coaches, I had a deja vu from Jerry. Like in 1993, when he opened the door to the departure of Jimmy Johnson by saying “I think there are 500 people who could have coached this team to the Super Bowl. I really believe it.

*Even when you’re wearing those goofy goalie pads it reminds me “The Great Gazoo” by The FlintstonesNFL players in training camp can hit, get hit and, yes, get fiery.

Cowboys running back Ezekiel Elliott took an unnecessary shot from a Denver Broncos linebacker this week and it was the game.

We have full coverage of all of this with Fish in Denver with the team.

*No one wants to attend their own funeral. (Or do they?) But we have this horrible habit as humans of not appreciating how great someone is until they’re dead. The NBA retired the number 6 this week in honor of Bill Russell. I mean no disrespect, but I’m skeptical that Russell suddenly became “better” after his death.

A fitting tribute to a player and a man of his stature would be to take down his number while alive to see it.

For what it’s worth, the best No. 6 in Mavs history is… easy… Tyson Chandler.

*Thank you to everyone who followed/follow my mentorship of Ja, my little brother through Dallas’ Big Brothers Big Sisters program. An anonymous donor even recently reached out to help, offering money to help us buy him a new pair of Jordan sneakers for his birthday and in time for back to school for his junior year in high school. You really need a village.

*This weekend? On Friday, let’s play tennis outdoors before heading inside for some Happy Hour(s). Saturday let’s look at Cowboys-Broncos. Sunday, let’s go see our old friend White Rock Lake, on foot and then by bike. As always, don’t be a stranger.