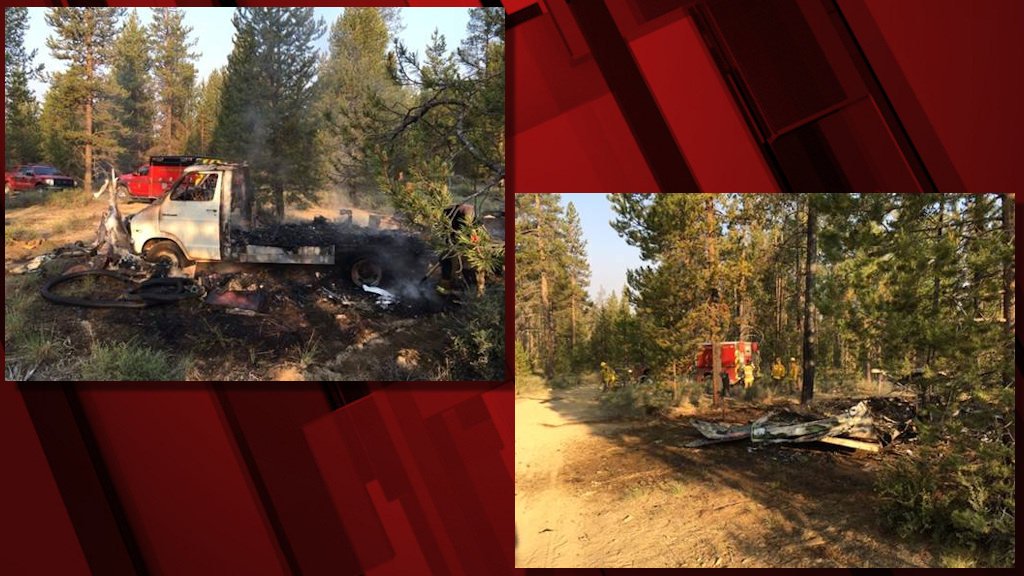 The flames had spread to the forest, to the community

La PINE, Ore. (KTVZ) – Deschutes County and federal officials are investigating a pair of suspicious Sunday morning fires that destroyed a pair of RVs at two campsites on federal land east of La Pine, se spreading in the wild and to the community for a time, a fire official said.

Firefighters from the La Pine Rural Fire Protection District responded to around 5:40 a.m. at the two campsites scattered on BLM federal lands east of Drafter Road and north of Rosland Road, the chief said. of firefighters Mike Supkis.

They found the two burning and unoccupied motorhomes about a quarter of a mile apart, fully involved and spreading through wildlife and into town, he said.

Access to the sites proved difficult, but fire crews were helped by cooler early morning temperatures and calm winds. They were able to contain the two trees in an hour.

Both recreational vehicles were destroyed, Supkis said, and there were no known injuries.

The fires were deemed suspicious and federal teams from the Central Oregon Fire Management Service were called in to monitor and investigate. Deschutes County Sheriff’s deputies were also on hand to help find the fires and begin the investigation, Supkis said.