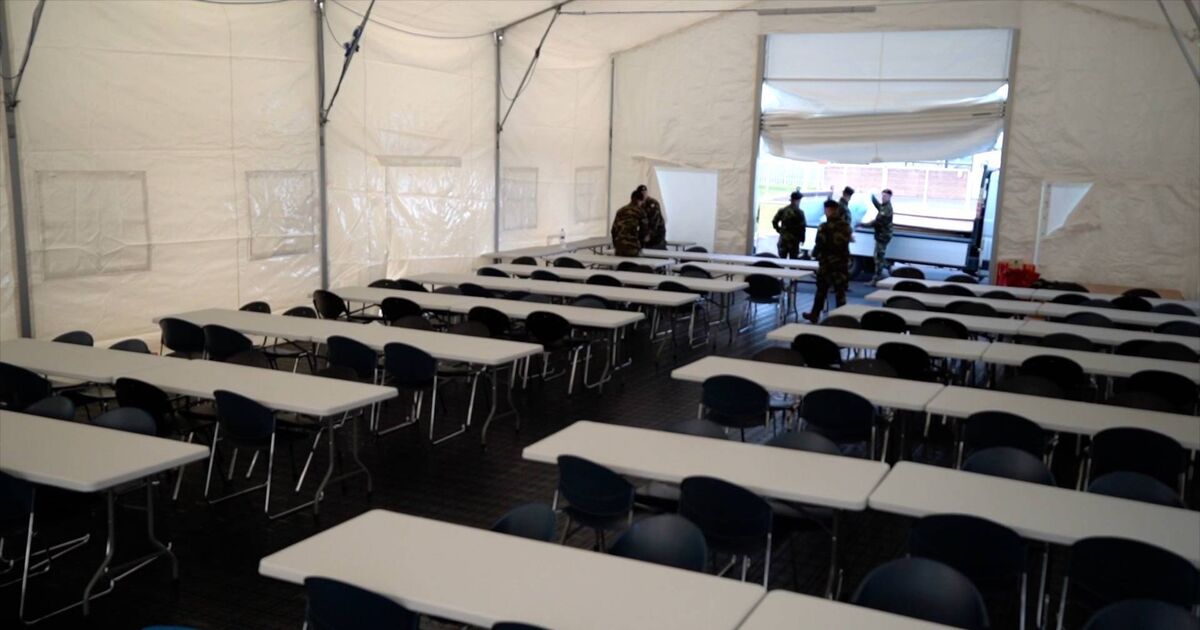 Gormanston military camp, which was due to start taking in refugees in tents from today, is not expected to accept its first arrivals until later in the week.

It is understood that a decision will be made today on the exact date of opening of the Gormanston site. Up to 200 people are initially expected to stay in the 320-person capacity camp, sleeping in tents.

A number of other locations are currently being considered where refugees will be temporarily housed in tents. Mr Ryan said “various locations” are also being considered for a second visitor center as the Citywest facility is at capacity.

Referring to the housing crisis, he told RTÉ This week that the sites already in operation will have to accommodate more people than expected.

The Green Party leader said Children’s Minister Roderic O’Gorman had been ‘open and honest’ that the government would consider ‘tough steps’ such as opening the Gormanston camp, and that ‘we would not have enough places”.

Despite pressure, Taoiseach Micheál Martin yesterday insisted the government is ‘getting to grips’ with the crisis.

As of Wednesday, some 41,103 war refugees had arrived from Ukraine, a justice ministry spokesman said.

Additional pressures have been linked to an increase in the number of asylum seekers. Until last week, the state was hosting 13,917 such applicants, up about 6,900 from the same time last year.

“I think what happened in Ireland is quite extraordinary,” Mr Martin said.

That in a few months Ireland has taken in more than 40,000 Ukrainians fleeing the war, which in itself is an extraordinary phenomenon.

“On top of that, a much higher number of people seeking international protection have now arrived.”

Around 250 people slept overnight at Dublin Airport on Wednesday. This was no longer the case on Friday and Saturday evenings.

Referring to that situation, he said: “But obviously we’re tackling that over the weekend and so on, in terms of the emergency that happened later last week due to the increase in the number of people applying for international protection.”

In June, the government announced plans for 500 modular homes for 2,000 people at 20 sites as part of its response to the refugee crisis, but these are not expected to be ready in the short term.

We are in the midst of war, the likes of which we have not seen in Europe since the 1940s,” the Taoiseach said.

“And that will create pressures, put a strain on our system, but we are responding in the most optimal way possible and we have sanctioned the construction of modular homes, which is a new development in itself.