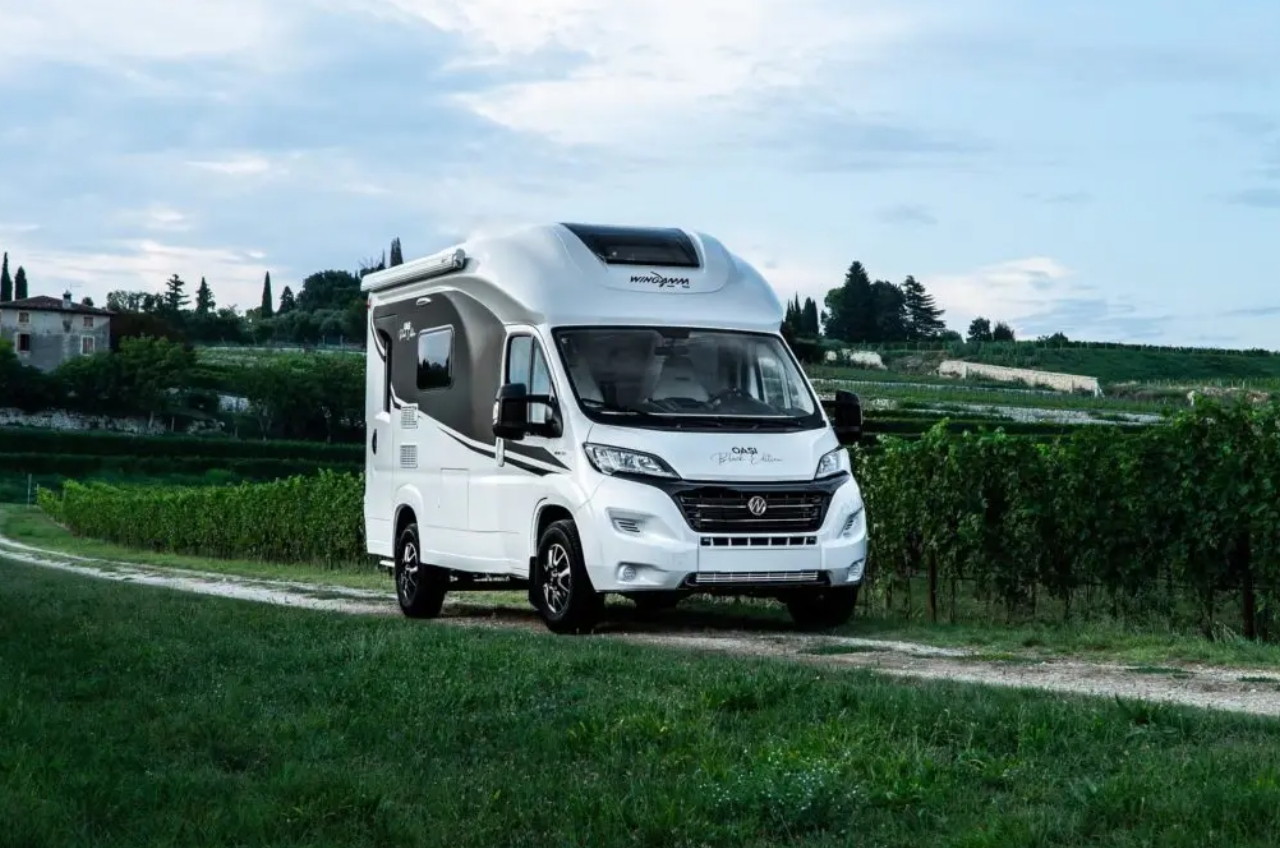 Facebook
Twitter
Pinterest
WhatsApp
Based in Italy, Wingamm is a family business that has been engaging in the motorhome game since 1977. During the early years the company worked on the implementation of vans mainly supplied by customers with tin roofs. was cut and replaced with a fiberglass roof. .

Thus in 1982, the first motorhome built with a monocoque fiberglass body was born. The signature bodywork continued on all of its RV models, including their latest, the Oasi 540. It’s a compact RV that’s only 18 feet (5.4 meters) long. It’s roughly the same size as a Ford F-150 pickup truck.

But that doesn’t mean you’d have a cramped living space, no. Unlike all other Class B motorhomes built inside existing Mercedes Sprinters, Ford Transits, and Dodge Promaster vans in the United States, the Oasi 540 does not have a tent bed or bed that can take up the entire space. inside.

Thanks to its monocoque fiberglass shell which we spoke about above, the designers of Wingamm have reinvented the concept of bed in a motorhome. By using a mechanism that lifts the bed and stores it just below the ceiling, the company has created more usable space for a larger and more functional kitchen and dining room (or living room, depending on the layout desired).

Oh, the little RV fits into a bathroom too, one that looks like something you’d find in a hotel, well, a little smaller than that, but you get the idea. You have everything from a standing shower, a sink, a worktop, a toilet to a medicine cabinet with a mirror.

The positioning towards the rear of the door allows for a fairly spacious kitchen, despite the small overall proportions of the RV. There is enough space for a 2-burner hob, a sink with cover and a small refrigerator. Opposite the kitchen area, you will find an L-shaped dinette that can be transformed into an additional sleeping space.

Overall, the dinette has great habitability thanks to the luxurious finishes of the furniture (leather, cotton and linen). Other equipment includes a Truma Combi water heater, underfloor heating, an electrical system with a digital control panel, dimmable LED lights and a 100 liter (26 gallon) fresh water tank.

The Oasi 540 is also capable of handling all-season weather conditions, which adds to its versatility. Its double-hull fiberglass monocoque offers excellent insulation. This is because unlike metal, which is used in all other Class B motorhomes, fiberglass is not a good thermal conductor, so there is little temperature dispersion from the inside to the outside. outside.

This not only results in thermal comfort, but also in energy savings. You will also enjoy quiet driving with this motorhome. The unibody cab, combined with a special structural sealant, minimizes the vibrations and friction noises that annoy most motorhome drivers.

The Oasi 540 is currently offered in 15 countries in Europe and Asia. The good news? Wingamm recently announced that it will also be bringing its new motorhome to the United States, to meet the demand for more compact motorhomes. The company says it will first launch the Oasi 540 in California and New Jersey, with nationwide expansion planned.

As for the cost of this thing, it’s estimated that the small RV will have a price range between $ 135,000 and $ 145,000 when it officially debuts in the United States.