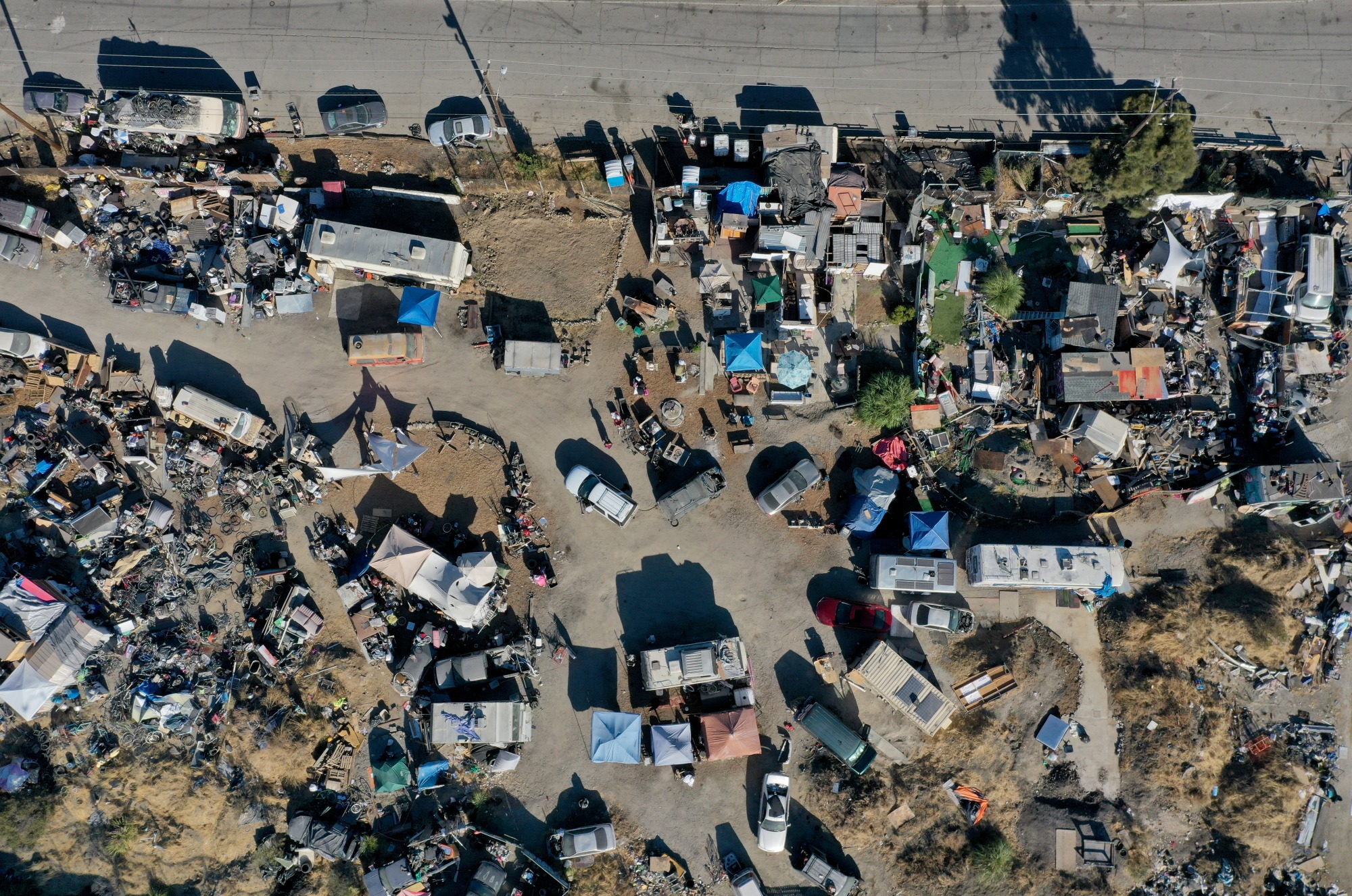 OAKLAND — Threatening to withhold millions of dollars in public funding, Gov. Gavin Newsom’s office took on Oakland officials this week, accusing the city of shirking its responsibility to clean up a large homeless camp from West Oakland, prone to fires.

Several hundred people are estimated to be living in tents, makeshift shacks, cars and motorhomes along several blocks of Wood Street and adjoining vacant land owned by Caltrans. The camp has been a major point of contention for months, particularly after a fire last month sent clouds of black smoke through the area and shut down portions of the Interstate 80 and 880 overpasses. Twenty firefighters put out another blaze on Tuesday, which ignited an RV and debris surrounding the vehicle.

“Caltrans’s responsibility is to ensure the safety of the traveling public and to protect and maintain California’s highway infrastructure,” spokeswoman Janis Mara wrote in an emailed statement. “The court’s temporary order will delay efforts to address the increasingly serious security risks to life, property and camp infrastructure, including the recent fire that caused the closure of the MacArthur Maze section” from the highway.

“Under state law, working with homeless people to identify housing or shelter alternatives is a local, not state, responsibility,” Patterson wrote. “As a result, our office expects the City to take action consistent with its responsibility, including providing temporary shelter to people in the Wood Street encampment. Failure to do so may result in the redirection of discretionary funding sources.