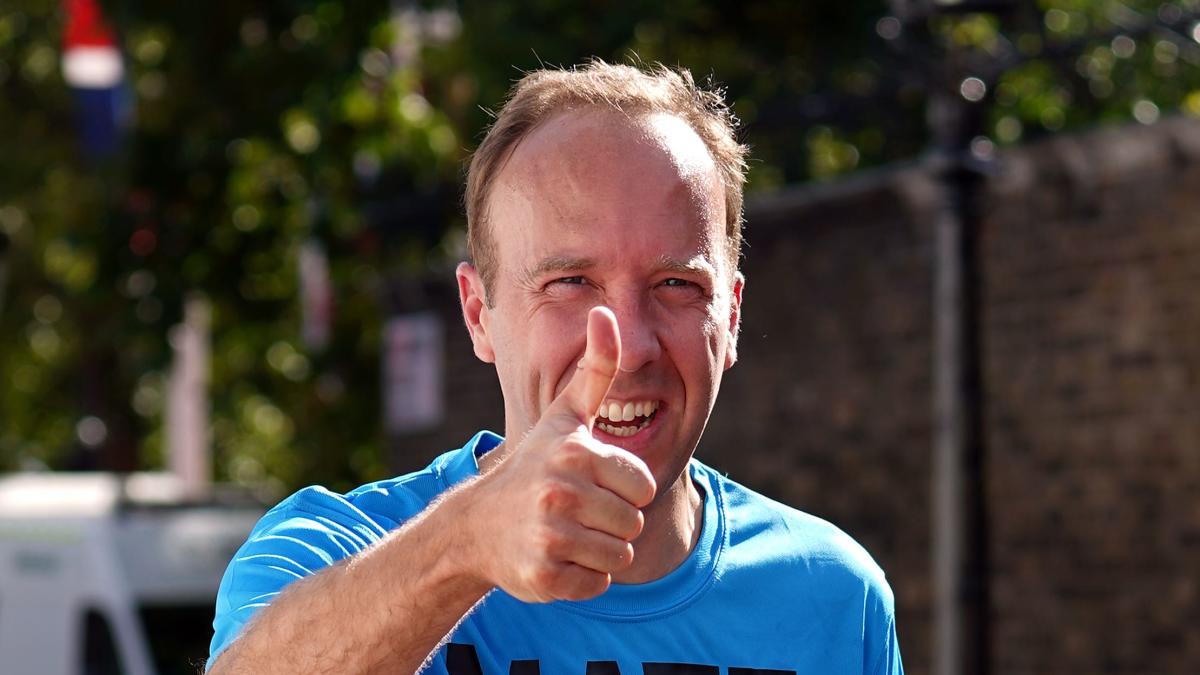 Matt Hancock will face his sixth straight trial over I’m A Celebrity…Get Me Out Of Here! after becoming camp leader in a twist.

Since the former health secretary, 44, entered the campsite on Wednesday, the public has voted for him to take part in every event.

It comes as he faces a potential revolt after being named leader following a one-on-one with former England rugby star Mike Tindall over control of the campsite, prompting a muted reaction from his co-stars.

After appointing ITV broadcaster Charlene White as his deputy, despite previously clashing over his breach of Covid-19 guidelines during the pandemic, dissent began to spread.

Speaking to the group for the first time, England footballer Jill Scott quipped: “Just to be clear, are these guidelines or rules?” referring to the actions that led to his resignation in June 2021.

In the Bush Telegraph, Chris Moyles added: “Matt Hancock is our leader. Words no one in Britain ever thought they would hear.

Soap actress Sue Cleaver joked that they were leading a revolution and Boy George was quick to come up with a song about never supporting a Tory.

Earlier in the episode, after Hancock beat Tindall to become camp leader, White asked, “Is this win nice, especially after losing to Boris?” Do you feel like you’ve been vindicated?”

This prompted Hancock to respond, “That more than makes up for it.”

He was among those who threw their hats into the ring to replace Theresa May in number 10, but pulled out halfway through the contest before backing Mr Johnson.

Earlier in the episode, Hancock was stung by a scorpion around camp, later telling his fellow contestants, “It was so painful…It hurts a lot and I feel a little dizzy.”

He was seen by a doctor immediately with TV presenter and real estate expert Scarlette Douglas later joking in the Bush Telegraph: “He looked like he wanted to cry.”

Hancock was elected to become the campsite’s leader after facing his fifth consecutive House of Horrors trial, in which he had to crawl through a giant dollhouse full of pigeons, snakes and troughs full of offal, looking for stars to feed the camp.

Asked by co-host Declan Donnelly why he thought the public kept voting for him to participate in the grueling tryouts, Hancock replied, “It must be the facial expressions.”

Faced with his fear of snakes, the Tory MP spotted nine stars out of the 11 offered, despite a snake trying to strike him at eye level.

After returning to camp triumphant, he admitted, “I absolutely shit myself.”

The episode also saw former England star Scott recall playing football as a five-year-old and how his grandmother predicted his success.

Boy George also revealed that he had a hair transplant after being inspired by Wayne Rooney.

After opening the public vote, McPartlin said, “Well, let’s get back to camp where it’s time to ask the question every agent in showbiz asks their client after they turn down I’m A Celebrity.”

Seann Walsh was then seen asking Boy George, “Would you strictly?”

It comes after former Love Island contestant Olivia Attwood revealed she was forced to pull out of the show after a routine blood test showed she was anemic.

The test, which all contestants take at random throughout the show, also suggested low sodium and potassium levels, prompting staff to take him to hospital immediately.

Attwood, 31, revealed his reason for leaving after just 24 hours in the Australian jungle in an interview with the Mail On Sunday.

However, she also said her tests in hospital and in the UK produced normal results.

A spokesperson for the show said: “As a precaution, Olivia had to leave the jungle to undergo medical checks.

“Unfortunately the medical team have advised that it is not safe for Olivia to return to camp as there needs to be further investigation.

“She was absolutely brilliant and she will be sorely missed on the show.”

I’m a celebrity… get me out of here! continues on ITV nightly at 9 p.m.