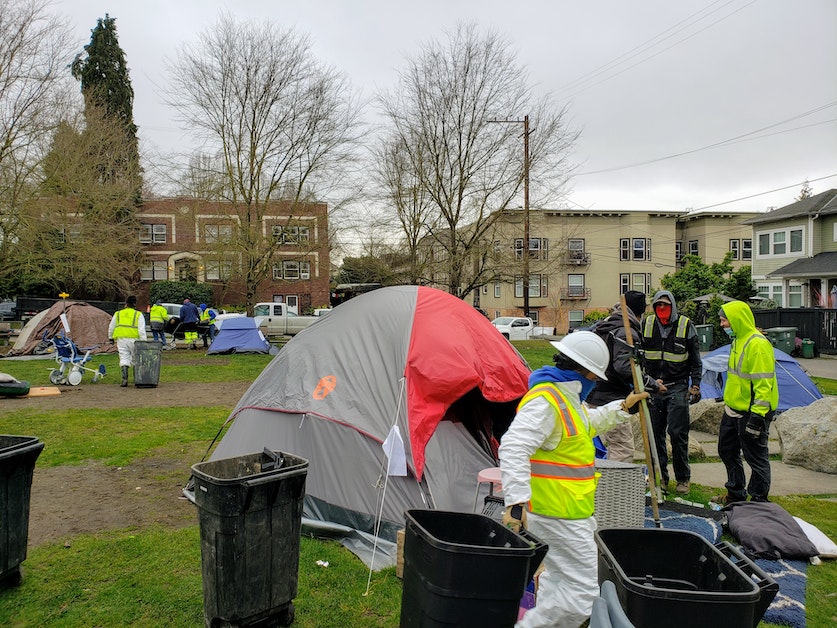 Seattle Mayor Bruce Harrell wants to spend more money next year to clean up the city and manage or remove tent camps.

Harrell’s plan is part of its 2023-24 budget proposal, which is being considered by the city council. The mayor is proposing to spend $38 million on trash removal, cleanup initiatives and what he calls encampment resolution and RV sanitation. This involves directing homeless people away from tent camps to city services when available.

This work falls under the city’s new unified care team. The budget proposal calls for a 150% increase in staff who will work with “stakeholders, service providers, the (Regional Housing Authority) and homeless residents to facilitate connections to community resources and city services”, according to the mayor’s office.

Thousands of people live without housing in Seattle.

“As long as people live in parks and on sidewalks and sleep in tents and on benches, we refuse to be complacent,” Mayor Harrell said in a statement. “Our administration’s immediate priority has been to build a better system and act with urgency and compassion to address the impacts of homelessness – helping people get off the streets and into shelter while we work also to make sidewalks, parks and open spaces accessible to all. . My budget proposal reflects our plan to learn lessons, build on this early work, and develop a more rapid, effective and sustainable municipal response. »

Harrell’s proposal has the support of the King County Regional Homelessness Authority, Friends of Little Saigon and the local YWCA.

The Seattle City Council will determine whether this funding and other elements of the mayor’s budget proposal go forward.