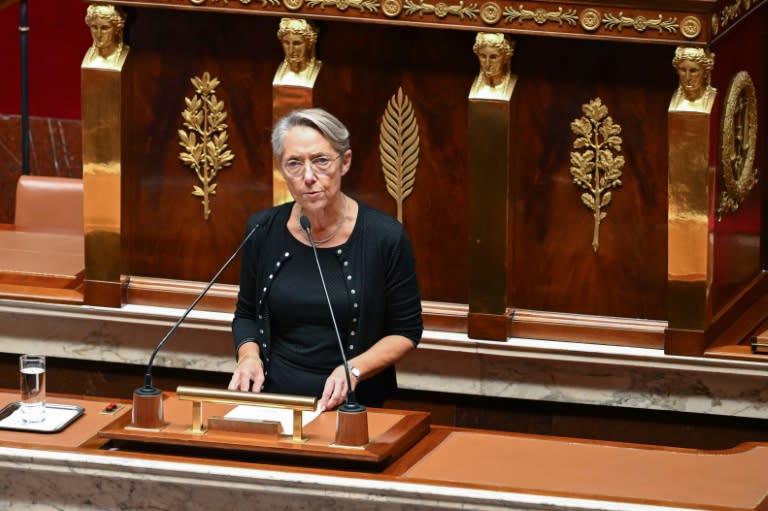 On Wednesday, President Emmanuel Macron’s government sought to push its 2023 budget through parliament without a vote after fighting unsuccessfully to get it approved by the fractured lower house of parliament.

The administration is trying to pull the country out of economic pressure that has sparked industrial action and street protests.

But after weeks of disruption due to strikes at oil refineries and fuel depots causing shortages at petrol pumps, the government waited until Tuesday’s strike and wider protests before unveiling the controversial measure.

The walkouts have been just one of the challenges Macron faces in his second term.

The loss of his absolute majority in the June legislative elections prevented him from obtaining enough MPs to approve the package.

“We must provide our country with a budget,” Prime Minister Elisabeth Borne told lawmakers when announcing the use of Article 49.3 of the French Constitution.

Under the clause, legislation can be passed automatically unless the opposition passes its own vote of no confidence in the government.

“All the opposition parties have confirmed their intention to reject the text”, but “the French expect… from us acts and results”, she said, under the boos of the opposition and the applause from supporters.

MPs from the left-wing alliance NUPES began to leave the chamber before Borne had finished speaking.

After promising an open debate, Macron’s camp has in recent days suffered a string of defeats over the first of thousands of proposed amendments to its budget plans for next year.

Opposition lawmakers on Wednesday accused the government of wasting their time.

“The work of Parliament was swept away in a few hours,” said Greens representative Cyrielle Chatelain.

Both were among 151 NUPES MPs to sign a no-confidence motion against the government.

Such an “act of anti-democratic brutality…leads us to demand government censorship,” it read.

On the far right, the National Rally (RN) plans to table its own motion of censure on Thursday.

But with the hard left and far right unwilling to support each other, neither is likely to reach the required 289 votes.

Macron has already increased the pressure on MPs by promising to dissolve parliament and call new elections if a vote of no confidence is successful.

The leader of the Conservative Republican group, Olivier Marleix, asked if he could support either of the motions, saying it would be “no point piling chaos on chaos”.

After this summer’s electoral setback cost Macron’s party its parliamentary majority, he and his ministers have promised to be more open to dialogue with the opposition and civil society than in his first five years as president.

But they rejected claims by lawmakers that using section 49.3 means abandoning those efforts.

The article means that “the government has the ability to force the passage of a bill when in fact the opposition can live with it,” said Francois Bayrou, leader of the Macron-allied Democratic Movement party, on France Inter.

With passage of the budget all but assured, lawmakers debated which of their hard-fought amendments might be left behind, with the choice left entirely to ministers.

Borne said “about 100” edits, including some from the opposition, would be left behind.

The budget “has been fed, supplemented, amended, even corrected following the debates of recent days”, she told the deputies.

A senior lawmaker told AFP the changes, including tax breaks for childcare and for very small businesses, would cost up to 800 million euros ($782 million).

Finance Minister Bruno Le Maire nevertheless warned Borne that he would not support changes that would blow up the budget, another person present at their meeting on Monday said.