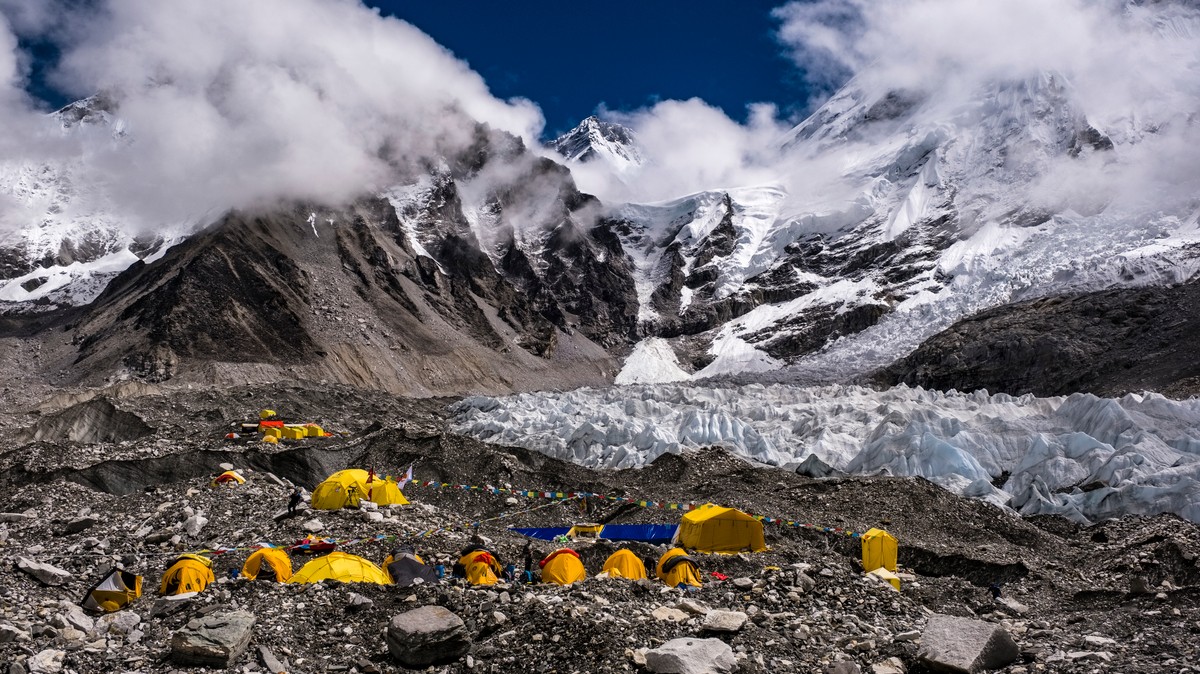 Nepal plans to move its base camp to Mount Everest, the most popular gateway to the world’s tallest mountain, after a combination of global climate change and local erosion from climbers – who excrete some 4,000 liters of urine at camp every day in high season – makes conditions there unsafe, reports the BBC.

Human-induced climate change, caused by the burning of fossil fuels, has accelerated the melting of the Khumbu Glacier near the location of Nepal’s Everest Base Camp at 5,364 meters above sea level. The camp also buckles under the pressure of the roughly 1,500 people who visit during its busiest times. For decades, a bustling tent city has popped up at this place every year as climbers prepare to summit Everest. In addition to the bulky urine left at the camp, the runoff of kerosene and other wastes weathers the Khumbu Glacier, Euronews reports.

The glacier is losing around 9.5 million cubic meters each year, a rapid decline that is opening up new crevasses in the busy camp daily, according to tourist reports. For the protection of both the natural landscape and human visitors, the Nepalese authorities plan to move the camp to an ice-free area a few hundred meters below the current site.

“We are now preparing for the relocation and we will soon start consultations with all stakeholders,” said Taranath Adhikari, director general of Nepal’s tourism department, according to the BBC. “It’s basically adapting to the changes we’re seeing at base camp and that’s become essential for the sustainability of the mountaineering activity itself.”

Although there is another base camp on the Tibetan side of Everest, China has kept it forbidden to most tourists since 2019, after officials said they were struggling with similar damage from excess litter left by visitors.

As the most iconic mountain in the Himalayas for outsiders, Everest is a powerful herald of the drastic changes taking place in this ancient range. Himalayan glaciers have shrunk about ten times faster in the past four decades than in the 700 years before them, an alarming rate that will have major and unpredictable consequences for its communities and ecosystems, reports a recent study in Scientific reports.

“The tenfold acceleration of ice loss that we observed in the Himalayas far exceeds any centennial-scale rates of change that have been recorded elsewhere in the world,” according to the study. “Compared to other regions of the world, the magnitude of accelerating glacier mass loss in the Himalayan region is exceptional.”