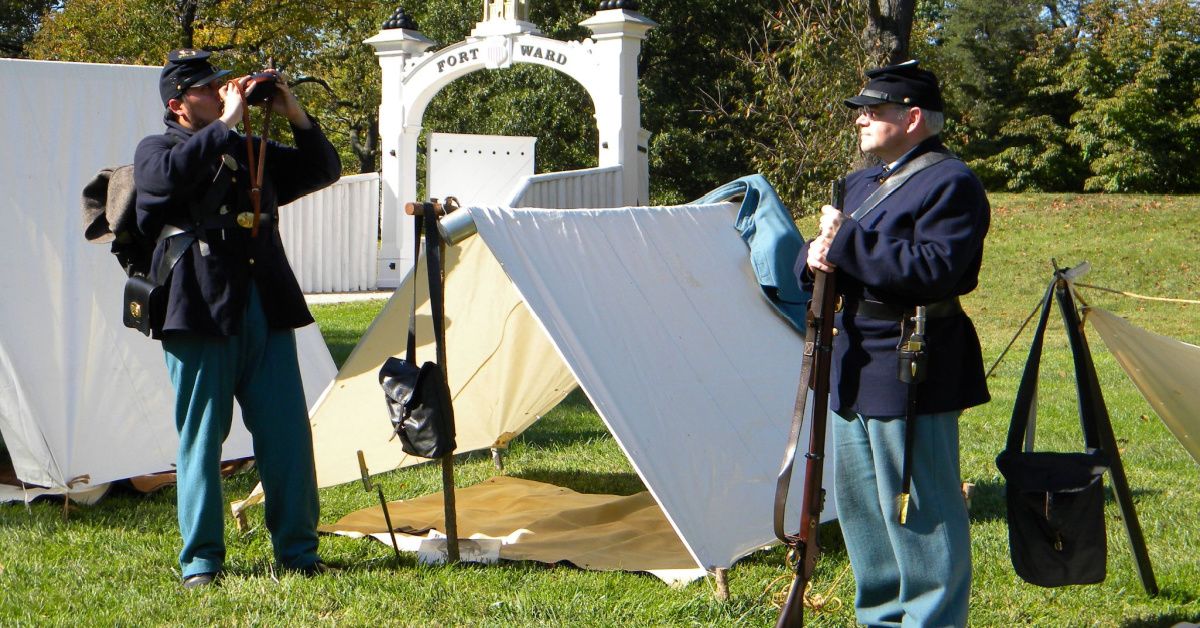 The event, which runs from 10 a.m. to 4 p.m., is an annual tradition, where attendees have the chance to see history come to life. Meet military and civilian reenactors in and around the fort, which is known as the best preserved of the Union forts that were Washington’s Civil War defenses.

According to a press release, visitors can also see “a U.S. Army Quartermaster’s Tent, a Union Company Surgeon, a Northern Schoolteacher Interpreting 19th Century Education and Pastimes century for children, an exhibition of dioramas of Civil War camps and a soldier in reconstruction. Officers’ Hut depicting the daily routine and living quarters of an officer in the defenses of Washington. ”

Participating re-enactors include the 28th Massachusetts Volunteer Infantry, Co. B.

The 8th Green Machine Regiment Band will perform period music on the Museum lawn at 3 p.m. The ensemble, which uses authentic period instruments, is sponsored by George Mason University.

The suggested donation is $2 per person and $5 for families. The event is weather dependent.

Alexandria celebrates the 78th anniversary of D-Day with two events