Growth integrated into the park budget 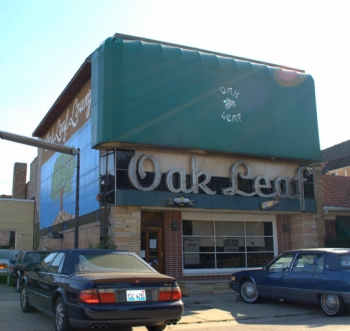 The Park District of Forest Park has weathered the pandemic better than expected in terms of finances and is ready to embark on major capital projects. That was the optimistic message for the new fiscal year sent by Jeff Murphy, the district’s business superintendent, during a June 7 meeting of park district commissioners.

While the Park District is still waiting for the Illinois Department of Natural Resources to process its application for an Open Space Lands Acquisition and Development (OSLAD) grant to help fund the renovation of Reiger Park, 1526 Circle Ave., it is looking to advance renovations to Remembrance Park at 7341 Randolph Street and Popelka Park at the corner of Adams Street and Thomas Avenue. He also plans to clean up the recently purchased Pines Restaurant and Oak Leaf Lounge property, 7400-7412 Harrison St., with the goal of building a new facility that, among other things, will allow the Park District to significantly expand its day camp. popular. program. The Park District is also expected to expand its programming and continue to lease more space, which has proven to be an unexpected boon for it during the pandemic.

With the publication of the budget outline, the park district must have the budget available for public review upon request for at least 30 days. The Board of Commissioners is expected to approve the budget at one of its July meetings.

But that doesn’t mean the Park District is backing out of all capital projects — quite the contrary.

“If I had to give you one phrase or an idea of ​​what the Park District will be facing next year, I would say ‘growth,'” Murphy said.

The proposed capital budget is $1,224,737. Iovinelli said the district doesn’t have an exact breakdown of how that money will be spent until they complete the design of the three projects. The capital budget item is a working fund, so anything not spent in the next year is simply carried over to the next year.

When the Park District took over management of the four village-owned pocket parks in 2020, it wanted to begin improvements with Reiger Park, 1526 Circle Ave. But the project cannot go forward without the OSLAD grant, not just because of the funding, but because the grant will not fund projects that have started before. The park district has prioritized two other pocket parks – Remembrance and Popelka.

Iovinelli said the park district hopes to finalize the design by the end of the month, aiming to complete the project this year – with the caveat that supply chain issues that have delayed completion of the new paddling pool adjacent to the pool could also slow down these projects.

With the newly acquired Pines/Oak Leaf property, the Park District’s first priority is to demolish the existing buildings. Iovinelli said that once that happens they’ll go out to the community to help develop the exact plan for the site, but generally hope to build a “much-needed indoor multipurpose space.”

Murphy told commissioners the district hopes the new space will allow them to expand their day camp program, which is currently at capacity.

“Almost every week has a waiting list, so we’re missing out on revenue opportunities just because we’re running out of space,” he said. “When we [build] this building across the street, it would give us more space to accommodate anyone who wants to be part of our program.

When asked if this “mode of growth” will extend to park programming as well, Murphy said the park district “is going to see growth in other areas, programs, members, activities at Roos [Recreation Center].”

Murphy said that since 2018 budgets have been refined to better track spending. This has helped the park district earn money even during the peaks of COVID-19.

“Last year, [we made] not a lot of money, but we made money,” Murphy said. “By tracking these expenses more accurately, [Superintendent of Facilities Andrew Doss] knows how he is in Roos.

He also said the pandemic has opened their eyes to how much space they can rent, and it’s been “a fantastic way to make money.”

He added that they were budgeting $40,000 in rental income, just to be sure.

Asked if the wading pool’s delay would hurt summer revenue, Iovinelli told commissioners there was only a “six-pass difference” in the number of people buying passes. pass for the swimming pool. She noted that earnings tend to vary significantly from week to week depending on the weather.