Greater Yellowstone tourism soars with no limits in sight 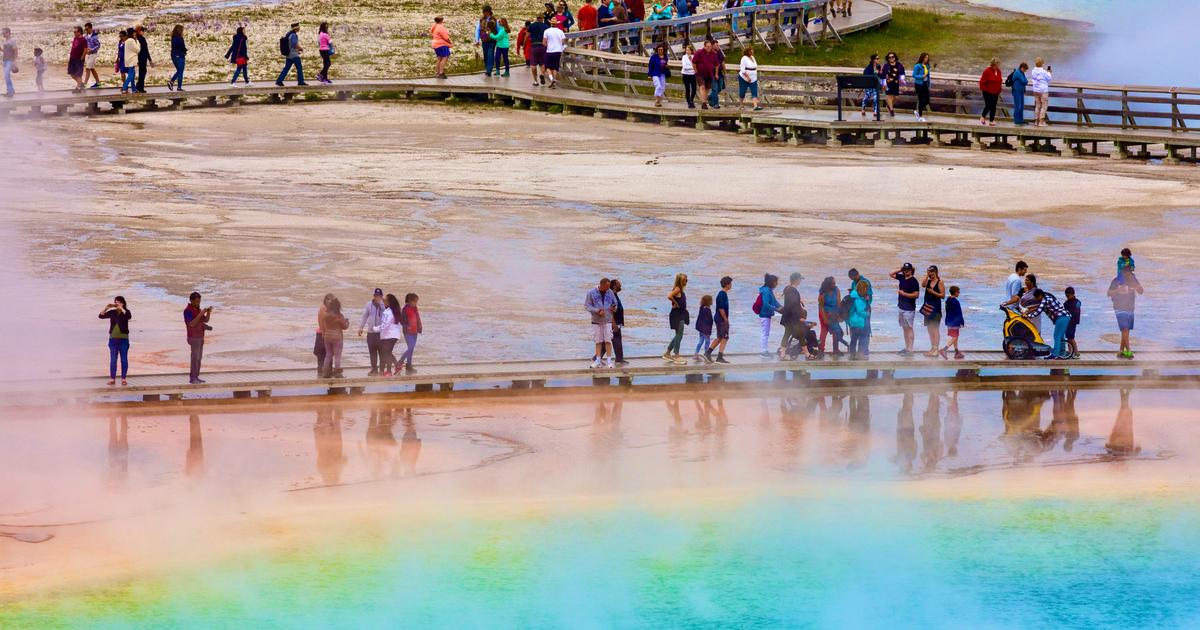 In 1947 when my parents brought me to Yellowstone on my first visit, one difference then was that the regional population was small and the phenomenon of people owning trophy homes and vacation getaways, compared to today , did not exist. Recreational use was low-tech involving relatively few people.

Today, many of the recorded visits to Yellowstone and Grand Teton National Parks come from residents of nearby cities, including the Salt Lake City metropolitan area, which means that in addition to global tourism, the record number of plane passengers at the Bozeman, Idaho Falls and Jackson Hole airports, we now have many more people living near national parks.

This is why the crowd, even if higher travel costs should slow down the arrival of certain vacationers, does not go away. And that is why our elected leaders, public land managers, planners and analysts must urgently consider this fact when thinking about the future.

Today, many of the recorded visits to Yellowstone and Grand Teton National Parks come from residents of nearby cities, including the Salt Lake City metropolitan area, which means that in addition to global tourism, the record number of plane passengers at the Bozeman, Idaho Falls and Jackson Hole airports, we now have many more people living near national parks. This is why the crowd, even if higher travel costs should slow down the arrival of certain vacationers, does not go away.

Getting back to the question of what does all of this mean for public lands in the Greater Yellowstone area? Sadly, what comes to mind is a continuation of the crowds that materialized during the Covid pandemic, plus more garbage and sewer issues, mile-long traffic jams, noise, air pollution, overcrowded parking lots, overwhelmed services and countless online and social media posts with geotagged selfies.

The onslaught of the past two seasons can be characterized in different ways. At least 1800 rolls of toilet paper/day were needed for Yellowstone’s public restrooms alone. (Who knows what was happening with human waste on adjacent Forest Service lands related to scattered recreation and inadequate facilities to handle overflows on semi-developed sites).

Not to mention that in Yellowstone, 5,000 resource and other violation notices were issued and 1,500 motor vehicle accidents occurred in 2019-20. The root cause of this type of overwhelming tourism is not attributable to the agencies themselves.

While tourism promotion entities are partially responsible, still others approach our region as if the end goal is to aim for increased capacity targets and ever-expanding infrastructure to cope with the rising tide of visitors in a endless cycle of growth. Something that hasn’t been discussed much in the media is the fact that the record number of visits during the Covid years was achieved without the huge volumes of bus tourism, i.e. without international travellers.

Prominent author and wilderness advocate Wallace Stegner has written that our national parks “reflect us best.” It was an observation made in a different era, when total visits to Yellowstone were less than half of what they are today, and when Greater Yellowstone had half its current population of permanent residents and seasonal. What isn’t outdated is what the cartoon character Pogo said, “We’ve met the enemy and that’s us.

Frontcountry areas are often no longer the image of the pristine, natural, or beautiful America that most of us imagined or may have enjoyed in the past. I’m not the first to point out that it’s true sustainability of the character of our region is in question; somewhere and somehow there should be limits. In a society that frequently preaches freedom and alternative facts over common sense, that’s easier said than done.

We often tend to focus on parks, but Greater Yellowstone’s national forests and other public lands are also seeing record use, and even its employees lament that parts of the backcountry are being turned into frontcountry.

A case study is this: Forest Service regulations allow camping just about anywhere unless otherwise restricted. The activity is called “scattered recreation,” which means that all parts of a national forest are open for camping unless otherwise noted. It may be a beloved tradition, but again brought to a different time when freedom and freedom were expressed in fewer campers on public lands.

Imagine if Forest Service-style scattered camping was allowed and promoted in Yellowstone and Grand Teton National Parks? The reasons why this is not a good idea when it comes to protection are obvious. With the large crowds descending on the National Forests today, he should invite an agency to examine reform practices and policies.

Imagine if Forest Service-style scattered camping was allowed and promoted in Yellowstone and Grand Teton National Parks? The reasons why this is not a good idea when it comes to protection are obvious. With the large crowds descending on the National Forests today, he should invite an agency to examine reform practices and policies.

With campsites at developed facilities in Yellowstone booked months in advance and with hard-to-find motel rooms during an extended peak season, that sends plenty of ready-to-seek National Forest alternatives.

Scattered camping in National Forests and BLM lands is colloquially referred to as “boondocking”. It means, with few exceptions, not having to pay compared to the fees required for the use of traditional serviced campgrounds which have hardened sites, constructed tent pads, tables, restrooms, drinking water and homes.
Boondocking can involve setting up RVs, trailers and tents at stops, parking areas, trailheads, meadows, riverside terraces and open ridges – just about anywhere you can get out of the road. This is the version and popularization of camping for our urban population…called the “camping crunch”.

National forests have a five-day stay limit (some have a 14-16 day limit), which is often violated or not enforced. Boondockers, like in a game of musical chairs, simply move to different sites (if you can find a vacancy) before the time limits are exceeded.

Garbage, waste, litter, human waste and impacts on water quality, vegetation, erosion, wildlife habitat, multiple fires and fire hazards are not uncommon . Scattered sites near hub communities can often end up serving as makeshift accommodations for seasonal workers, entrepreneurs and low-budget accommodation needs given the lack of affordable housing and the trend of long-term rentals at be converted into short-term vacation properties. .

Yes, the very people who run our tourist economy cannot find rentals or cannot afford to pay for them, and yet the promoters of our nature-based economy tout the prosperity created.

Not so long ago, on road trips, one could discover suitable scattered sites and have everything to oneself. Throw a sleeping bag in the sagebrush or meadow. No more. Boondocking sites, their locations and descriptions are frequently shared by users on the internet and social media, usually geotagged and widely used. Rules, information and location maps of designated sites are also commonly displayed or distributed by agencies and tourist offices.

To get a sense of the extent of the activity, in an effort to master the management of scattered camping in just two National Ranger Districts in the Bridger-Teton National Forest alone, 428 scattered sites were surveyed.

Granted, the sites are near Grand Teton National Park and Jackson Hole, but if some approximate percentages of those numbers are extrapolated to occur in other Greater Yellowstone National Forests near cities and resorts with high growth, that equates to a staggering amount of campsites and campers. Keep in mind that they are in addition to existing traditional campgrounds and private KOA grounds.

As mentioned, scattered camping is not permitted in national parks and should not be confused with the developed recreation sites mentioned above, which are generally first come/first served, require a fee, provide facilities and require short stays.

[Note: It’s jaw-dropping to think that this time-lapse video, below, of tourists moving through Yellowstone’s Hayden Valley in summer, with bison and bear jams, sometimes bringing gridlock, was from a couple of summers before Covid resulted in a huge increase in visitation. Video courtesy National Park Service. Is it possible to separate people from their cars and, in the absence of limits, is this how the “Yellowstone experience” will be defined? Is this what visiting the cradle of American wildlife conservation is supposed to look like?]