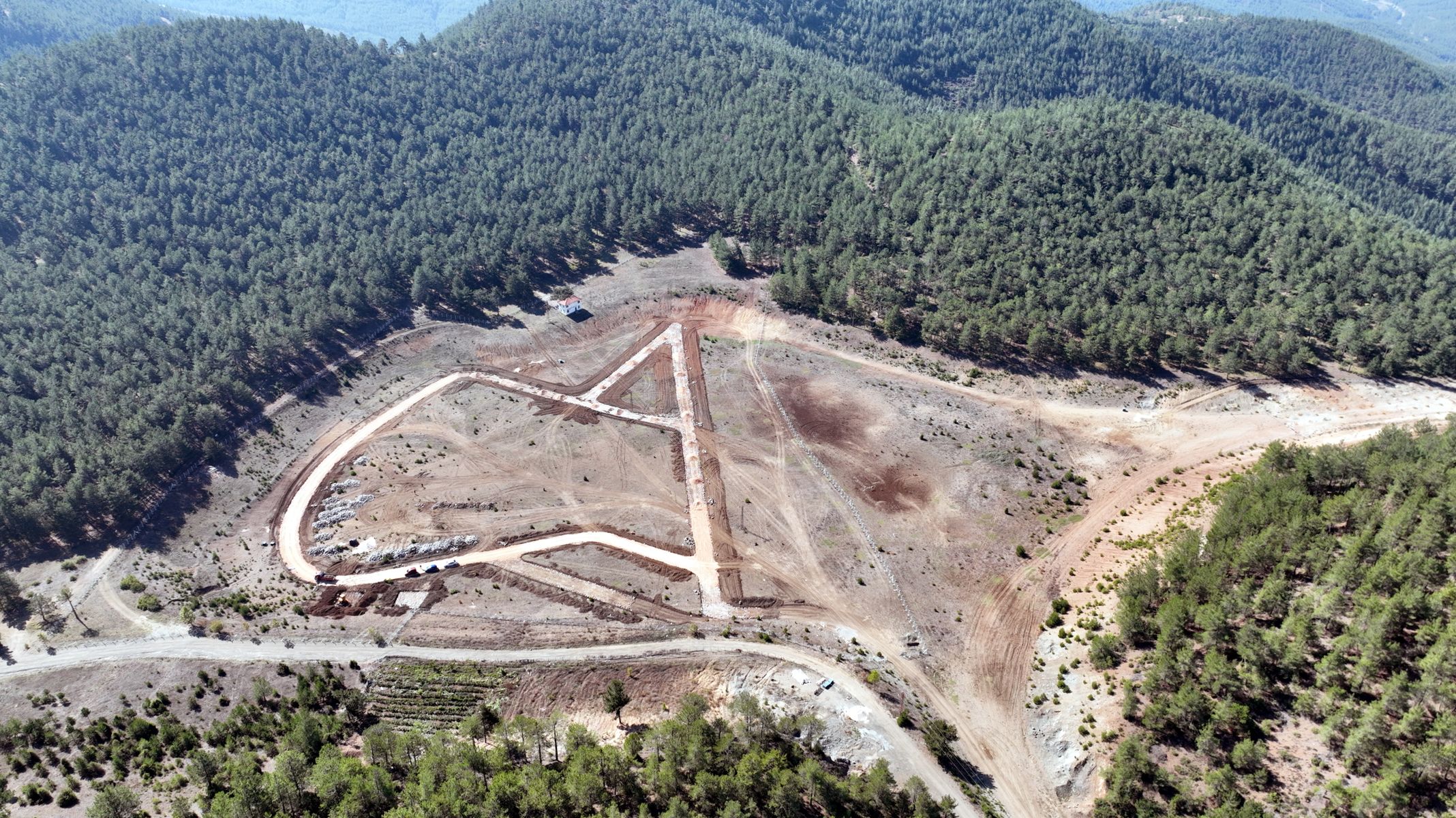 The Metropolitan Municipality of Bursa, which offers privileged holidays for young people in the Kestel Alaçam scout camp and the Gemlik Karacaali youth camp, opens the hidden side of Uludağ to young people for 12 months of the year with the Göynükbelen youth camp , whose construction began in Orhaneli Gölcük Plateau.

Bursa Metropolitan Municipality, which has offered many activities that support young people and children in all aspects, continues its activities at Orhaneli Göynükbelen Youth Camp, which will serve young people in summer and winter after Kestel Alaçam Scout Camp and Gemlik Karacaali Youth Camp. The camping area, designed in contact with nature on an area of ​​68,500 square meters on the Gölcük Plateau, was designed as a campus consisting of four-season accommodation, sports and activity areas.

Bursa Metropolitan Municipality Mayor Alinur Aktaş, together with Bursa Deputy Osman Mesten, Orhaneli Mayor Ali Aykurt and AK Party Provincial Deputy Chairman Mustafa Yavuz, reviewed on the spot the ongoing works in Göynükbelen youth camp. Mayor Aktaş said that with the support of Ministries, MPs of Bursa and Metropolitan Municipality opportunities, they are carrying out many studies in the fields of tourism, youth, sports, environment, infrastructure , superstructures and historical restoration. Stating that there are around 600 construction sites in Bursa, Mayor Aktaş said, “Youth camp activities are continuing in a beautiful environment on the Gölcük Plateau with the support of the Ministry of Youth and Sports. The area assigned to the Metropolitan Municipality by the Municipality of Orhaneli was designed at 68,500 square kilometers, but it can be increased to 80,000 square meters over time. We will welcome our young people from all over Turkey, especially our children from Bursa. We expect to complete the single storey homes by May. We aim to serve here from mid-2023. There will be football, basketball and volleyball courts, educational buildings, activity and picnic areas, bungalow-type dormitories, a dining hall, a prayer room, a infirmary, an administration building and staff accommodation buildings,” he said.

Recalling that the camping service is provided in a tent environment at Kestel Alaçam and can only be used in the summer, and that the Karacaali camp can only be used during the summer months due to its location at the edge from the sea, Mayor Aktaş said: “Our camp, which is under construction in Göynükbelen, will be used in wet winter 12 months of the year. It will be a wonderful environment surrounded by nature. Winter will be rated separately and summer will be rated in a beautiful way. Our camp will contribute to a better education of the young people who are our future. Good luck now,” he said.

President Aktaş and protocol members met with citizens of Göynükbelen district after the review. with citizens sohbet President Aktaş, attentive to the needs, gave instructions to the units concerned to eliminate the shortcomings in a short period of time.