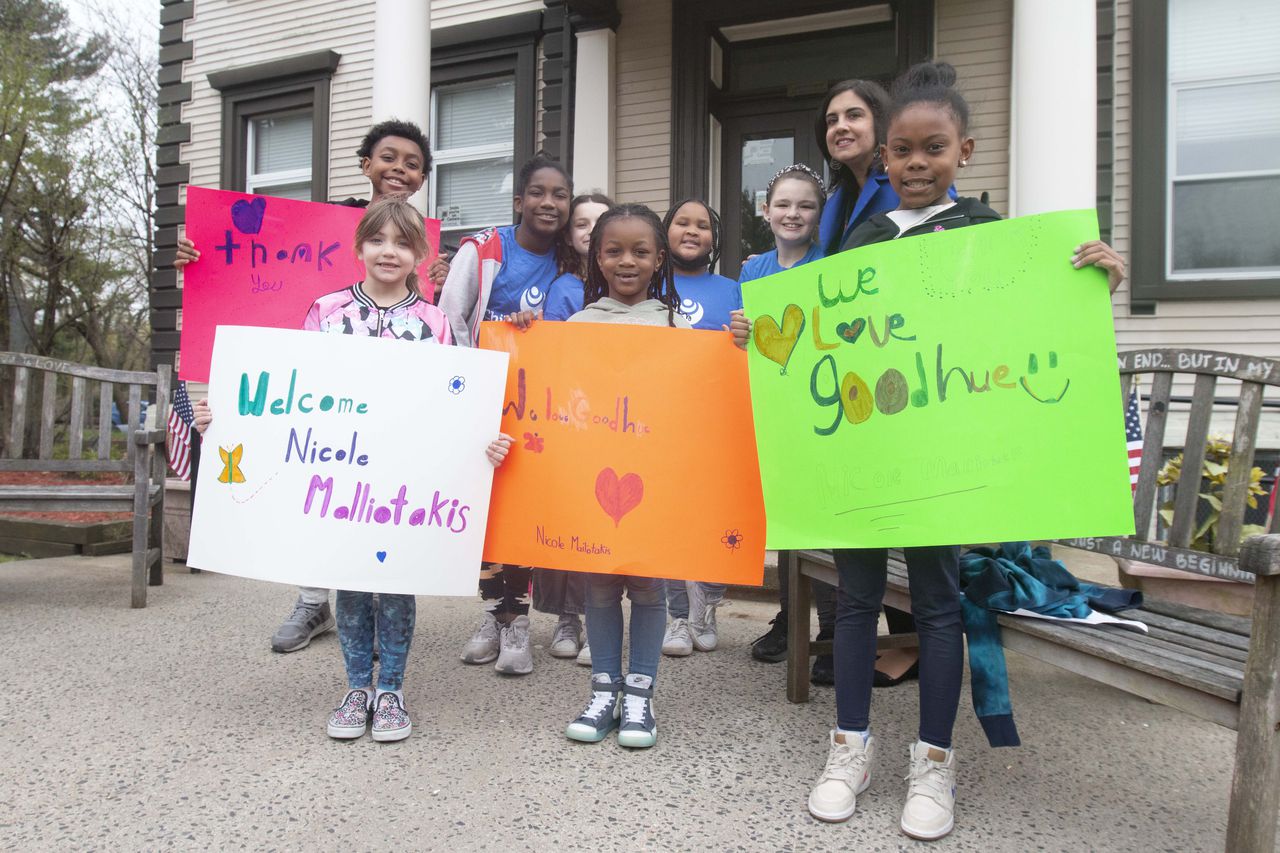 Rep. Nicole Malliotakis (R-East Shore/Brooklyn) joined the children, staff and community members of the Goodhue Center to announce $494,000 from the federal budget that will go towards various improvements, including a new floor of gymnasium.

Goodhue, a Children’s Aid Society program, provides Staten Island children and their families with a variety of services, including after-school programs, team sports, and a summer camp program.

The congresswoman linked the importance of the program to her own youth when she attended after-school programs, as both of her parents worked full-time.

“It’s just a great organization that gives these kids something productive to do when they’re not in school,” she said. “I was a kid who was in the center after school, because my parents also worked full time and came home very late. So I know what it’s like to have fun in these programs and d learn at the same time.

Thursday’s funding announcement follows a summer in which the city committed $52.9 million in funding that will allow the center to close its outdoor pool, build a new community center and permanently preserve 11 acres of the property as a public park.

Former Mayor Bill de Blasio and former Borough President James Oddo made the announcement during the “City Hall in Your Borough” program that took place in August.

Goodhue Principal Ilene Pappert, who has been with Goodhue for more than 40 years, said Thursday that building a new center could take up to four years, but federal funding would help keep the campus going until the.

In addition to a new gymnasium floor at the community center, Pappert said the funding would help with day-to-day improvements such as repairing electrical work and paving roads on the Goodhue grounds.

“We don’t want to let our guard down [for] a minute,” she said. “We need to have buildings ready for children to play and be here, and for parents to know they can go to work knowing their children will be safe here.”

The city’s acquisition of 11 acres last summer was the third leg of a 15-year sale buying 37 acres of the Goodhue property from the Children’s Aid Society.

The Parks Department began negotiating the deal with CAS in 2006 to acquire the land to create a new public park and avoid sale to a private developer. The ministry managed to buy 15 acres in 2012, then 11.5 acres in 2014.

The Children’s Aid Society has operated the 41-acre site since 1911 and each year the organization serves approximately 1,000 Staten Island children and adults.

This is in addition to the nearly 200 youth in Goodhue’s after-school program and approximately 400 children who attend summer day camp.

“As I get closer to the end of my career here, I really feel like this is going to be my legacy. We saved this land for the community,” Pappert said. “He was the right thing to do. .”

Tender of $618,950 accepted for the construction of the GCMS maintenance hangar

Your site doesn’t have any tags, so there’s nothing to display here at the moment.

All hiding places for Camp Woodwind in Phasmophobia

Tender of $618,950 accepted for the construction of the GCMS maintenance hangar