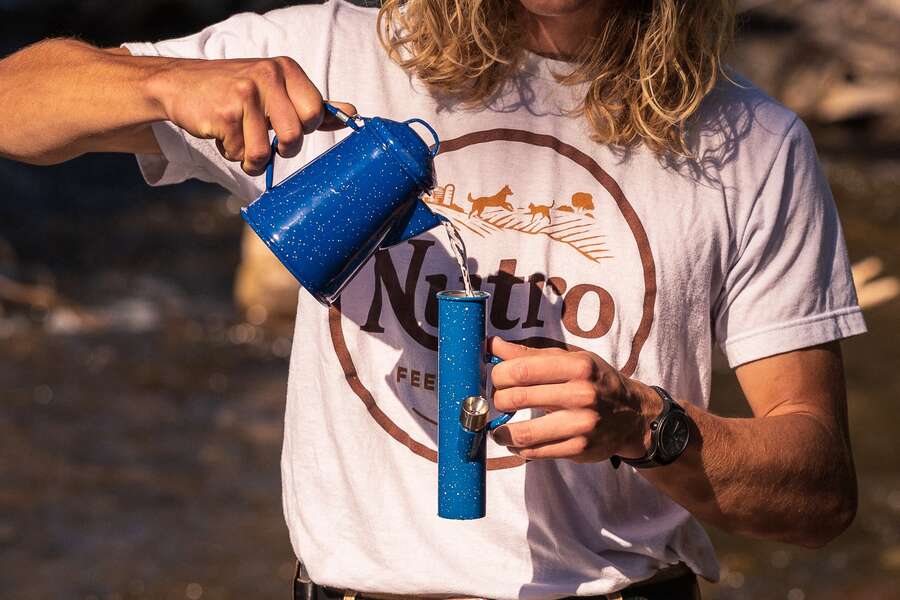 Like many young people in the Pacific Northwest, cannabis was the key to the teenage rebellion for pseudo-anonymous Dangle Supply co-founder C. Frazer. Trips to the hardware store meant hunting for tubes he would use to connect two-liter soda bottles that would become a homemade gravity bong. Frazer was also a lowly green thumb, growing a few plants under an abandoned school in his Eugene, Oregon neighborhood with friends — not to sell or to get some good weed, more to see if they could.

“You wouldn’t believe the things we’ve built. Classic improvisational pieces – of course, the can, the apple. I vividly remember rolling a joint with a cattail leaf or something once,” he laughs. “We’re probably lucky it didn’t kill us.”

His youth spent designing ways to grow and smoke weed has now spawned a brand based on Frazer’s cannabis creativity and love of the outdoors. In his twenties, Frazer visited Montana to ski and summer with friends until he finally decided to move to Bozeman in 2015. He had a job teaching graphic design at Montana State University. In his spare time, he explored nature and, well, consumed it too.

During those years, Frazer had noticed something. “It had become a trendy thing to attach a mug to the outside of your backpack, so it was just hanging there in selfies,” Frazer says of the Instagram trend of the moment. “We thought it was so silly – the idea of ​​this dangling mug being the cool thing to do – you had to wash it just so you could use it once you set up camp. Just put it in your bag.

He and his pals wanted to poke fun at the trendy status symbol, so they thought of something much funnier to hang from a backpack: a bong. The problem: They couldn’t exactly hang a glass bong from a zipper pull. Or could they?

“At the same time, my business partner was learning to weld his own bike frame. He had some titanium scraps lying around, so we thought, ‘Let’s do it with that.'”