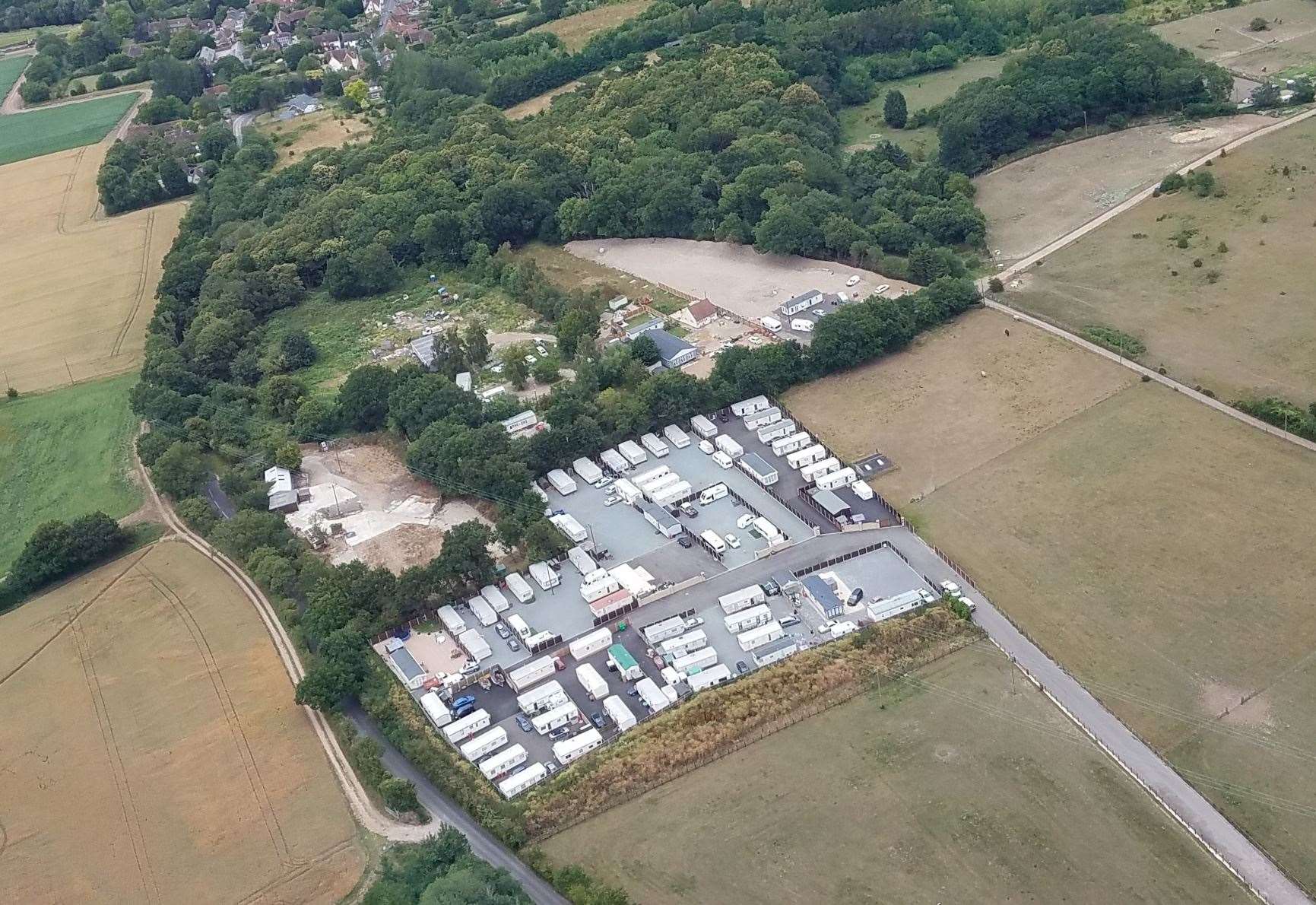 Council agents have ordered 37 caravans illegally set up at a travelers site in Canterbury to be removed.

Motorhomes were set up at Moate Farm in Fordwich without a building permit, causing the Stodmarsh Road camp to triple in size.

A retrospective request for their approval was denied by Canterbury City Council in January, and the authority has been in discussions with the site owners since.

The authority said it hoped the caravans would be dismantled voluntarily, but no such action took place.

As a result, the officers were fed up and decided to issue an execution notice ordering the landowner to “permanently cease using the land to park the additional trailers”.

The legal process for serving the notice – which was issued Thursday – means it will take effect on Sunday, August 22.

Planning Committee Chairman Cllr Colin Spooner said: “We are always looking to resolve planning violations like this without the need for formal action, but unfortunately this was not possible on this occasion. .

“The building permit rules are there for a reason and we will not hesitate to take enforcement action if necessary.”

The owners of Moate Farm were told in 2018 that they may increase the number of trailers on the plot from six to 20.

Their offer was initially rejected by city council, but the decision was later overturned by a government planning inspector, who blamed the authority’s lack of provision for travelers as the main reason for its verdict.

But rather than stopping at 20 caravans, it emerged last summer that the number of motorhomes on the site had increased to 57.

It is the 37 additional caravans that must be eliminated.

An appeal was filed against the council’s previous rejection of the retrospective planning request in January, and a separate offer for eight more trailers was also submitted.

Read more: All the latest news from Canterbury