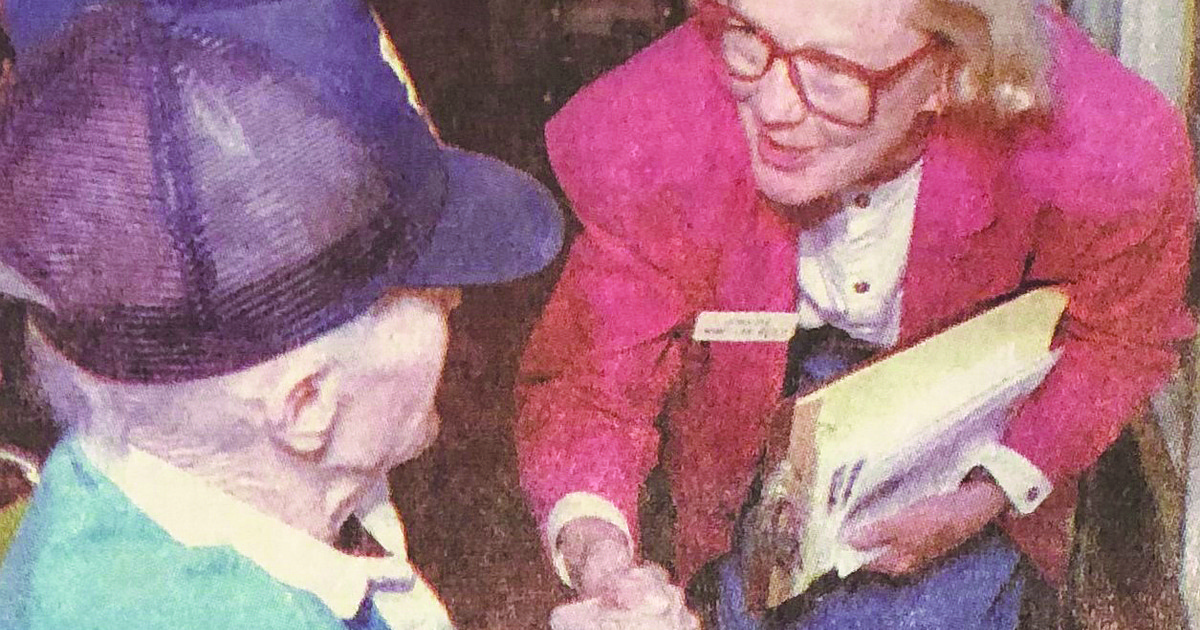 Scott Reed, the father of a true Democratic family from Idaho, started his adult life as a Republican.

Rebellious, Mary Lou Reed, the former Democratic senator for Coeur d’Alene, confirmed the article in Huckleberries (November 6) that her late husband had run for county attorney in 1962 – as a Republican.

“He got me to marry him supporting Adlai Stevenson (1952),” Mary Lou joked. “He wanted to please both his mother and me. Luckily the trick worked and I forgave.

In 1959, Scott accepted a position as a Republican assistant U.S. attorney in Boise. And Mary Lou was told by Scott’s boss that she shouldn’t be “speaking Democrat”.

“It’s understandable,” understates Mary Lou, “I was grumpy about being suffocated.”

In 1960, JFK and the Democrats won. Scott lost his job. And the Reeds returned to Coeur d’Alene.

The beginning of the end of Scott’s flirtation with elephants came when he, Pat Flammia and Roger Young tried to join the Young Republicans, but were rebuffed for being too liberal. Then, in 1962, under the Republican banner, Scott lost a close race to incumbent Democrat Bill Reagan.

In his last hurray as a Republican, Scott attempted to start a Republican cult for (Frank) Church.

“I think he was the only member,” Mary Lou joked.

So Scott became an enthusiastic Democratic convert, peace reigned on the home front, and the Reed children, Tara and Bruce, learned to go door-to-door.

This is Bruce Reed, Deputy Chief of Staff to President Joe Biden.

Says Mary Lou: “Her Bruce always jokes that he first learned of the rejection, offering to put Democratic bumper stickers on pickup trucks at the county fair.”

In 1984, Scott, the former GOP candidate for county attorney, spoke at Church’s funeral.

He never stood for election again.

Duane was 20 years old and worked in the advertising departments of the press and KVNI. On November 4, 1952, he was a gopher collecting the results at the compound and delivering them to his father Burl’s press office.

At that time, the press was the hub for compiling and announcing the results. Duane gave the feedback to veteran reporter Frances Cope, who, surrounded by stakeholders, added numbers and posted them. Then KVNI released the updated figures.

An image in a 1952 photo essay from Election Night shows publisher Burl Hagadone snuggling with KVNI manager Wayne Olsen and Sheriff HH Haner, who was re-elected to a sixth two-year term that night.

And another photo, one we’ve seen over the years, shows Duane rushing around the office with results. The cutline describes Duane as the #1 “leg man” on duty on election night.

Sometimes we forget that Ray Stone, the fiery mayor of Coeur d’Alene (1986-93) was also a war hero. On May 5, 1945, Pfc. Stone was in the second Jeep of the 82nd Airborne that liberated the Woebbelin concentration camp in Germany. What he saw there was terrible. A quarter of the 4,000 prisoners were dead. And many of the living weighed less than 50 pounds. Stone and his unit then returned to the nearby town of Ludwigslust and marched the locals through the carnage. As mayor, Ray often spoke of the horror he saw that day and openly opposed the neo-Nazi presence in Kootenai County. In 1988 he was awarded the Eisenhower Liberation Medal. And 30 years ago (November 11, 1992), he was invited to the inauguration of the National Holocaust Museum the following spring.

“These Clouds You See/Aren’t Here to Stay./They’ll Go Away/In May – The Bard of Sherman Avenue (“Song for a November Morning”).

·Armistice Day 2022 may have passed. But that shouldn’t stop you from visiting the dignified war memorial behind the county administration building. Twenty-five years ago, Commissioner Ron Rankin, a veteran, unveiled plans for a memorial that would list the names of 159 Kootenai County residents killed in action during America’s wars. It was to be unveiled on Memorial Day 1998.

· Mayor Jim Hammond laughed last week after reading the story of a woman who complained that her house was ‘full to bursting’ after the birth of a second child. Jim says: “Before I was born, my parents were already raising five children in a two-bedroom house. Perspective.”

Seventy-five years ago (November 10, 1947), Pine Splinters, a gossip column in Coeur d’Alene High’s student newspaper, The White Pine, reported: “Wayne Workman would like to announce that he and the workman who was fined in court for not having sufficient funds for taxi fares are not one and the same. Oh, living in a time when such trivial matters were front page news.

·Bumpersnicker (on a green Honda parked at City Hall): “My religion is kindness.”

CdA’s Norm Oss has this tip for winter beginners. When driving on ice or snow, Norm says, imagine your grandmother in the back seat with an uncovered pot of hot soup in her lap. “Now,” Norm said, “drive without hurting grandma or ruining your car’s interior.” Bingo.

The November 1 death of respected judge Gene Marano reminds me of that old Huckleberry (January 11, 2017): “After swearing in his son-in-law, Sheriff Ben Wolfinger, for a second term on Monday, retired judge Gene Marano tried to keep Ben’s pen. But Sheriff Ben wouldn’t. Tongue firmly played, Ben demanded to get his writing implement back, ad-libbing that the district court had its own budget for such things. At the fiscally conservative county courthouse, the bottom line is thicker than blood. Gene will be missed.

DF “Dave” Oliveria can be contacted at dfo@cdapress.com.