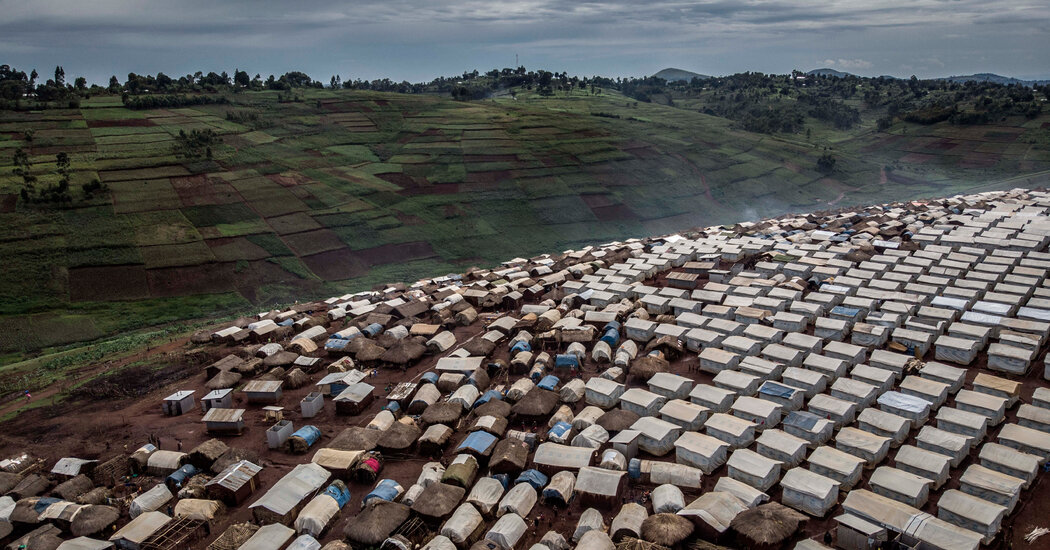 But a militia found them anyway as they slept in the white tents at Plaine Savo camp in Ituri province on Tuesday night, shooting and killing at least 60 people, many of them women and children.

The heinous act of violence has rocked Africa’s second largest country, where a wave of attacks has left communities displaced, devastated and in dire need of humanitarian aid.

The assault was one of the largest in nearly a year to hit the country’s troubled eastern region, which is plagued by poor governance, weak security and rampant corruption. More than 120 armed groups operate in the eastern provinces of North Kivu, South Kivu and Ituri, according to the Kivu Security Tracker, which records violence and human rights abuses in eastern Congo.

Ndalo Budz, who works for Caritas Congo and runs the camp which was attacked on Tuesday evening, said that in addition to those killed, more than 50 people were injured, some seriously. The dead included at least 16 children and nine women, according to Pierre Boisselet, the Kivu Security Tracker coordinator.

Eyewitness videos, some shared on social media, showed crowds crying over the bodies of loved ones, many with what appeared to be deep cuts to their heads and necks.

Lt. Jules Ngongo, spokesman for the Congolese army in Ituri, said the militia of the Cooperative for the Development of Congo, known locally as CODECO, was responsible for the attack. He said the army had been deployed to the camp after the attack “to restore order, and we are pursuing the enemy”.

United Nations peacekeepers exchanged fire with the attackers and then carried out joint operations with Congolese forces to secure the area, said Farhan Haq, deputy spokesman for UN Secretary-General António Guterres, during a press briefing on Wednesday. The delivery of humanitarian aid to the region remained limited, he said.

Mike Hammer, the US ambassador to Congo, said in a post on Twitter that the killing of “helpless civilians” seeking humanitarian aid was “unforgivable”, adding that “the perpetrators must be brought to justice”.

The attack was the latest to rock eastern Congo, a lush, mineral-rich region where militant groups have for years carried out vicious assaults on the local population. Tuesday’s attack, Boisselet said, is the deadliest recorded in the region since last May, when 55 people were killed in a double attack in the villages of Boga and Tchabi, in the province of Ituri.

Nearly 5.6 million people remained displaced in Congo as of November, according to the UN refugee agency, with more than a million more registered as refugees and asylum seekers outside the country.

The deadliest of the armed groups is the Allied Democratic Forces, which have targeted peacekeepers, carried out prison breaks and carried out a series of suicide bombings in Congo and neighboring Uganda. In late November, Uganda sent its troops to Congo in a joint operation with Congolese forces aimed at neutralizing the group and retaking its bases in the country.

Observers said CODECO, the militia the government said carried out the assault on Tuesday, has attacked villages in Ituri province and forced more people from their homes in the past three years. At least four militia splinter groups emerged after its leader, Justin Ngudjolo, was killed in March 2020, one of whose offshoots, the Union of Revolutionaries for the Defense of the Congolese People, carried out at least 293 incidents violent since last April, according to the Kivu tracker.

As security deteriorated, more than 800 deaths were recorded in Ituri in the last six months of 2021, Boisselet said.

Some IDP camps have experienced repeated attacks. More than 20,000 people lived in the Plaine Savo camp, said Simon Englebert Lubuku, deputy spokesman for the UN refugee agency, with those in the camp originally fleeing violence in the territory. of Djugu.

Violence in eastern Congo has continued even after President Felix Tshisekedi announced a “state of siege” last May in North Kivu and Ituri. The declaration put the military and police in charge of the regions and instituted martial law in a bid to end the bloodshed. But the murders, rapes and kidnappings continued.

“Neither the Congolese army nor the UN peacekeepers have been able to provide adequate protection to all the sites for displaced people, whose numbers are constantly increasing,” Mr. Boisselet, referring to camps for the displaced.