A grip on the sport: whether you plan to camp in front of the TV or outside, your day should be full 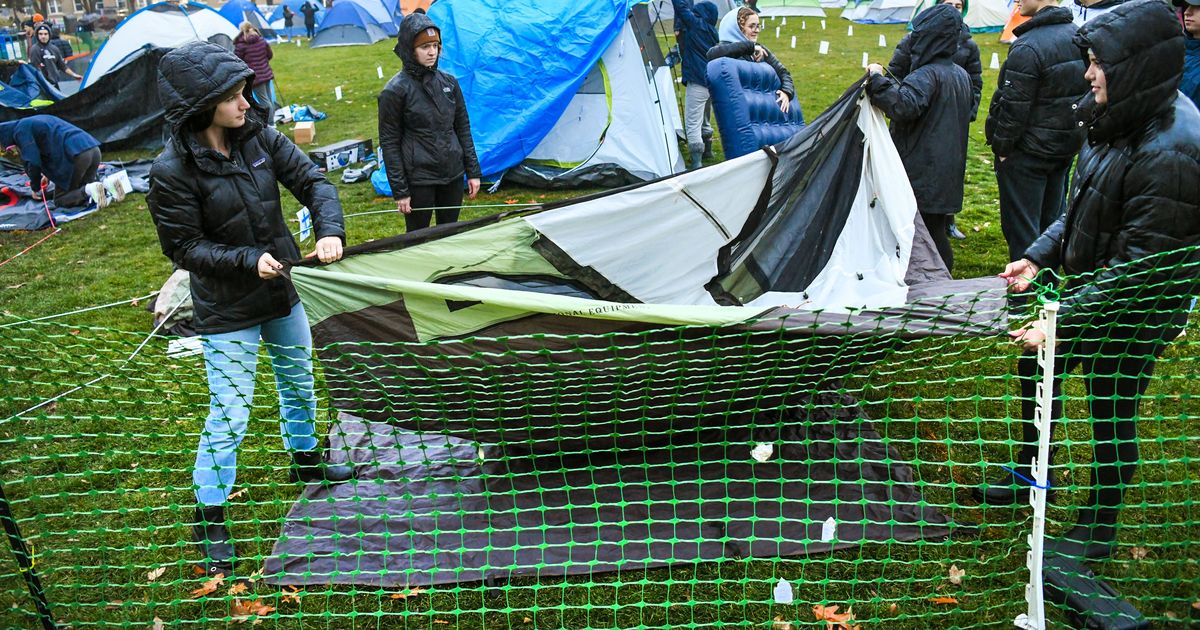 SPORTS MASTERY • It’s not often that a weekend in mid-November features a top-five showdown in college basketball. And two nights out of two, as is the case tonight, it is extremely rare. Kick off a highly anticipated football showdown between the top college teams in the North West and this Saturday is in full swing.

• With recent weather, it’s hard to tell that anything in the area is on fire. But we thought you added a lot of heat to the recent rain and the boiling metaphor was apt. Of course, feel free to disagree.

To disagree with the idea of ​​a busy weekend, however, would be against the facts.

Yesterday, the men from Washington State visited Seattle University, the women did the same with Northern Arizona, the men from Idaho took their first victory in the new arena and, from the other side of the ledger, Eastern lost a game to UC Davis.

Outside of the Northwest and outside the usual parameters of good sleep habits, second-ranked UCLA overtook fourth-ranked Villanova in overtime late last night in what was the best hoops game of the season that had just started.

It’s high school football playoff time in Washington and more than a few schools in the area have moved.

There’s more tonight. If football is your bailiwick — and most are — then the Cougars’ biennial trip to Eugene should be high on your list. Not only do the Ducks hold the Pac-12’s only chance for a national title (you can insert your odds of that happening here), but they’re also ranked high enough to call a WSU win an epic upset. And everybody likes that, don’t they? 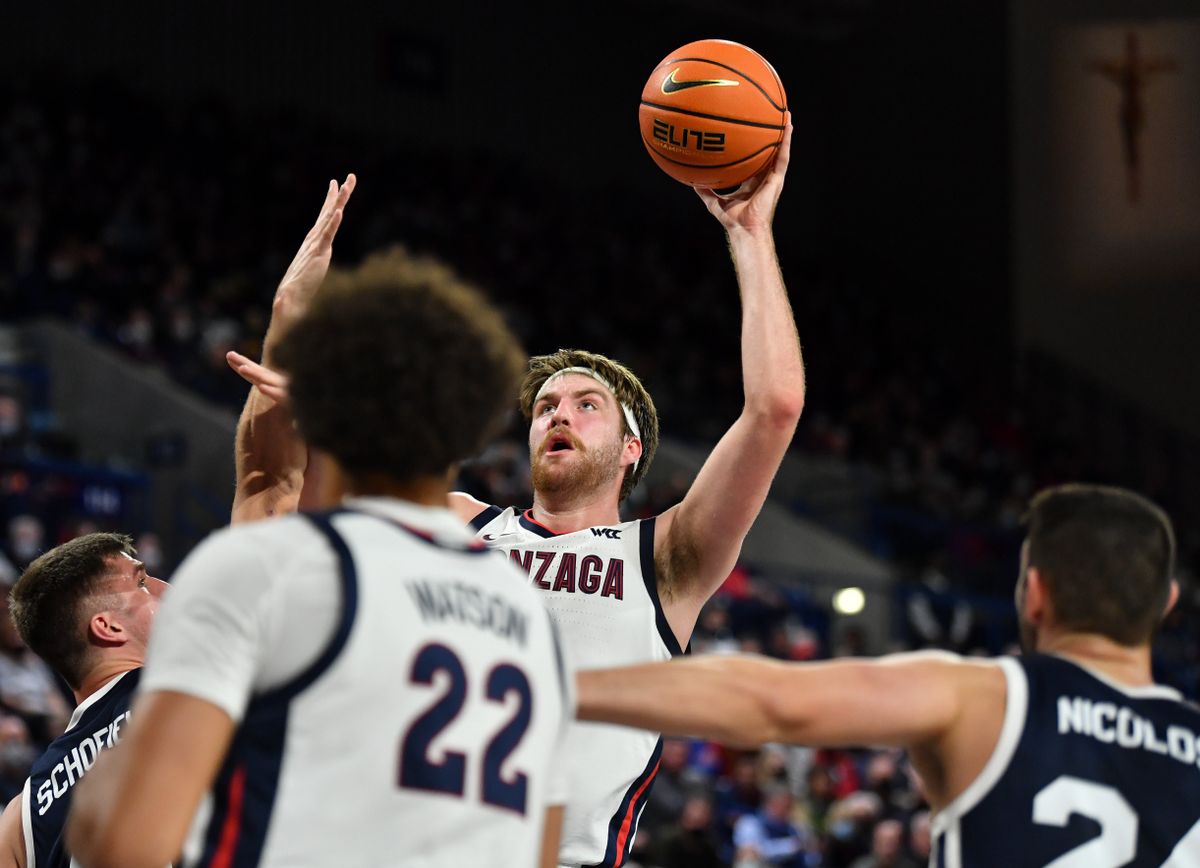 As this unfolds in front of the Oregon faithful, Gonzaga will try to show that the top basketball ranking truly belongs to Spokane. Fifth-ranked Texas, under new coach Chris Beard, is a good team to prove such a point.

Beard, formerly at Texas Tech, is highly respected. His teams play hard. As the Zags know, they’re tough to break through on the defensive end. The Longhorns have tapped into the transfer portal for experienced players and the hope in Austin is that they will mesh quickly.

The Bulldogs also tried to make this year’s team. There have already been a few setbacks — Mark Few had to sit out the first three games (two exhibitions, one real) due to his DUI — off the court and not-too-impressive display — Tuesday’s win over Dixie State.

Before all that happens, however, there are the usual Saturday events, which are spiced up with other high school playoff events in a few sports.

Looking at the calendar, we are perplexed. Between the East showdown at UC Davis and the Sounders’ MLS opener, when will we find time to quietly take a nap? Or pick up a few more bags of late-falling leaves?

November may not be the most accommodating month in terms of weather, but it certainly seems happy to provide more than its share of thrills. 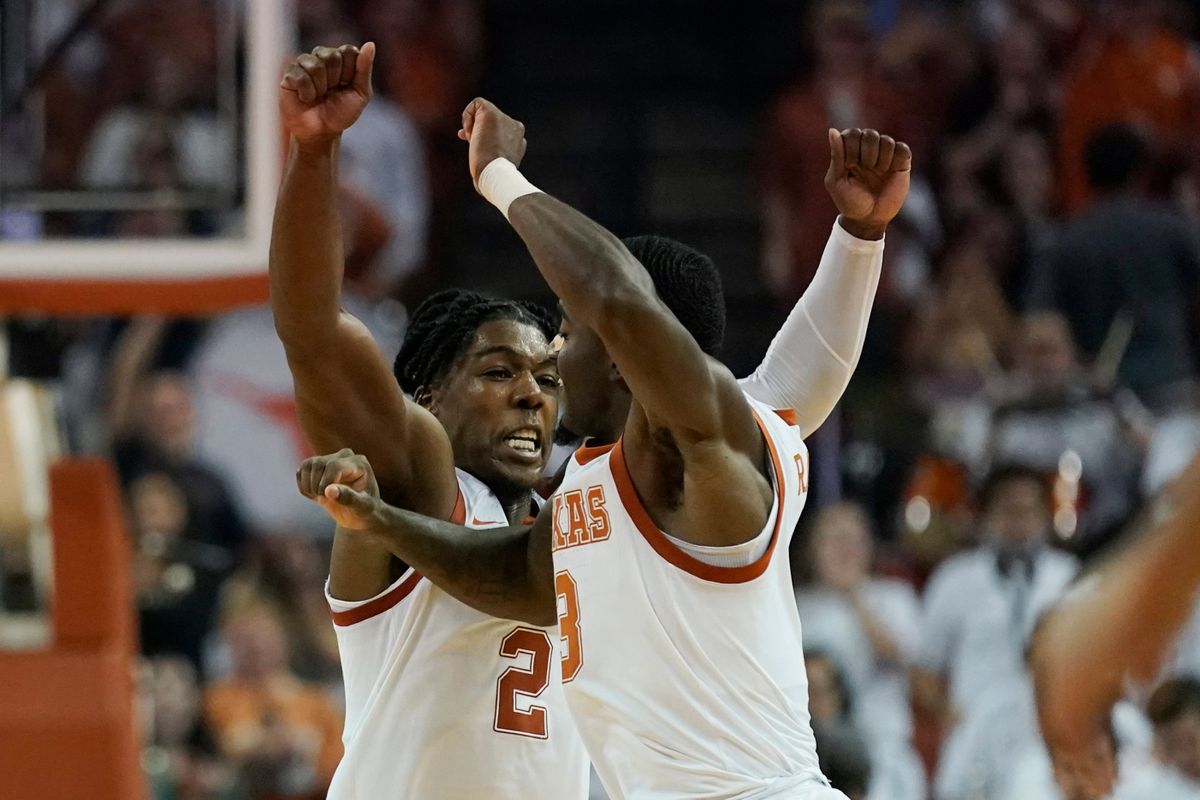 Gonzaga: When the nation’s fifth-ranked team visits the kennel, the SR always throws resources at the game. Wait, that’s never happened before, has it? Well, our thesis is correct, because there’s a ton to do this morning. We begin with Jim Meehan’s story about Texas native Drew Timme, the only Zag who likely understands the Longhorns’ place in the state hierarchy. … Theo Lawson takes care of the general overview of the contest as well as the key match. The latter features two players who have known each other since childhood. … Despite yesterday’s rain, the student tent village has grown. Garrett Cabeza has this story. … Zag’s cross country teams set school records in Friday’s West Regional. Chuck Stewart has the cover. … Around the WCC, the Cougars shot poorly but BYU managed to get past visiting San Diego State. 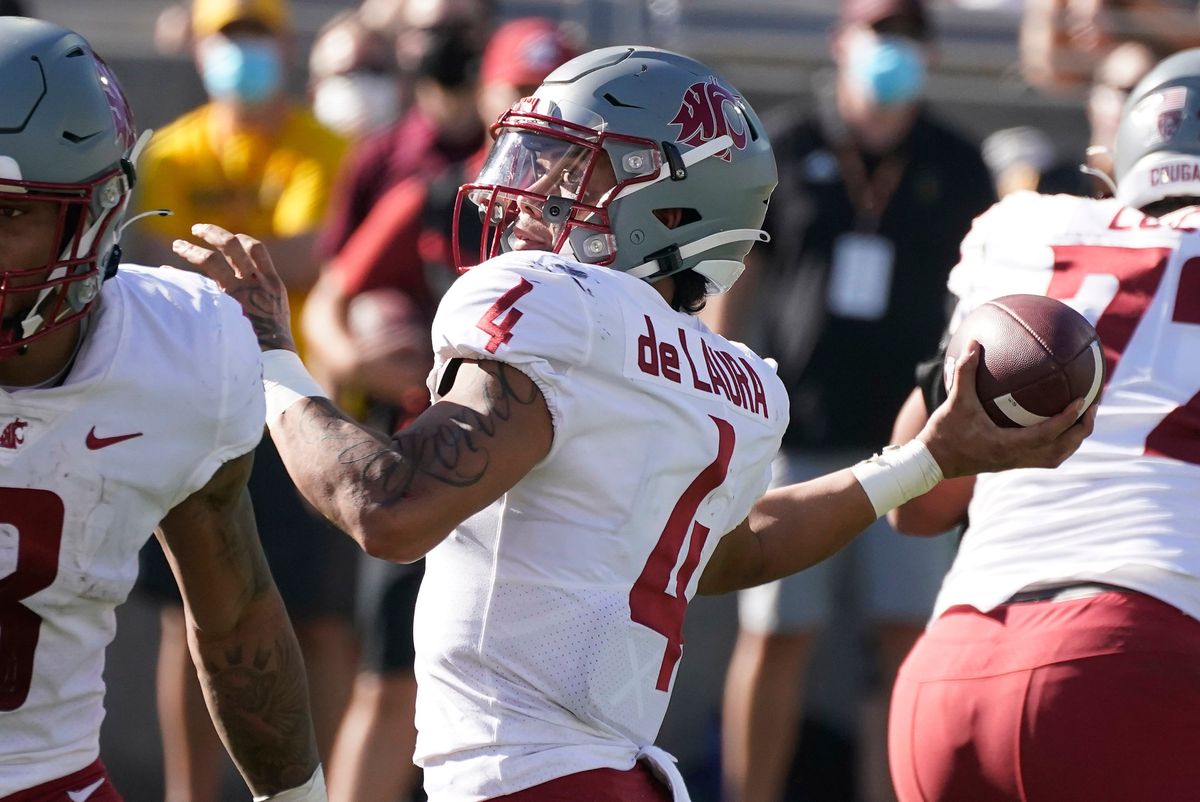 WSU: With four wins in five games, Washington State is back in the Pac-12 North race. While facing a coaching change. The Ducks in third place? A speed bump, right? Maybe not. But as Colton Clark tells us, the Cougars are ready for the daunting challenge of Mt. Hood. … Colton also has his two-minute drill and pick (we disagree on the outcome). … Oregon is coming off a hard-fought victory in Washington and will face a ranked team from Utah next week. Can the Ducks snuff out the WSU offense? … Colton spoke with the Oregonian about the game. … Last night on the basketball court, the Cougars only put away Seattle U in the second half. But they did. Colton was at Beasley and has that game history. … Elsewhere in Pac-12 and college football, there is another CFP expansion plan floating around and this one is better for the conference. Jon Wilner reviews it in the Mercury News. … Washington will have an interim coach today as it hosts Arizona State. But will there be another change at the top before the Huskies play again? … Stanford might have to turn to a true freshman quarterback against Oregon State. The Beavers have turned to a new defensive coordinator. … Karl Dorrell and Colorado go to the Rose Bowl to play UCLA. It’s been a while since Dorrell coached the Bruins. … Utah doesn’t have a bye this week, but the Utes have the next best thing: a home game with Arizona. The Wildcats are beaten too. … In basketball news, UCLA’s victory over Villanova is significant for the Bruins and the conference. The Pauley experience was a little off last night, though. … Both Gach has been cleared by the NCAA to play this season with Utah. … USC is trying to play a tougher non-conference schedule. … Arizona scored over 100 points in an easy win over UT Rio Grande Valley. … New Mexico will test Colorado’s defense. … Oregon routed SMU. … Host Iowa State beat Oregon State. 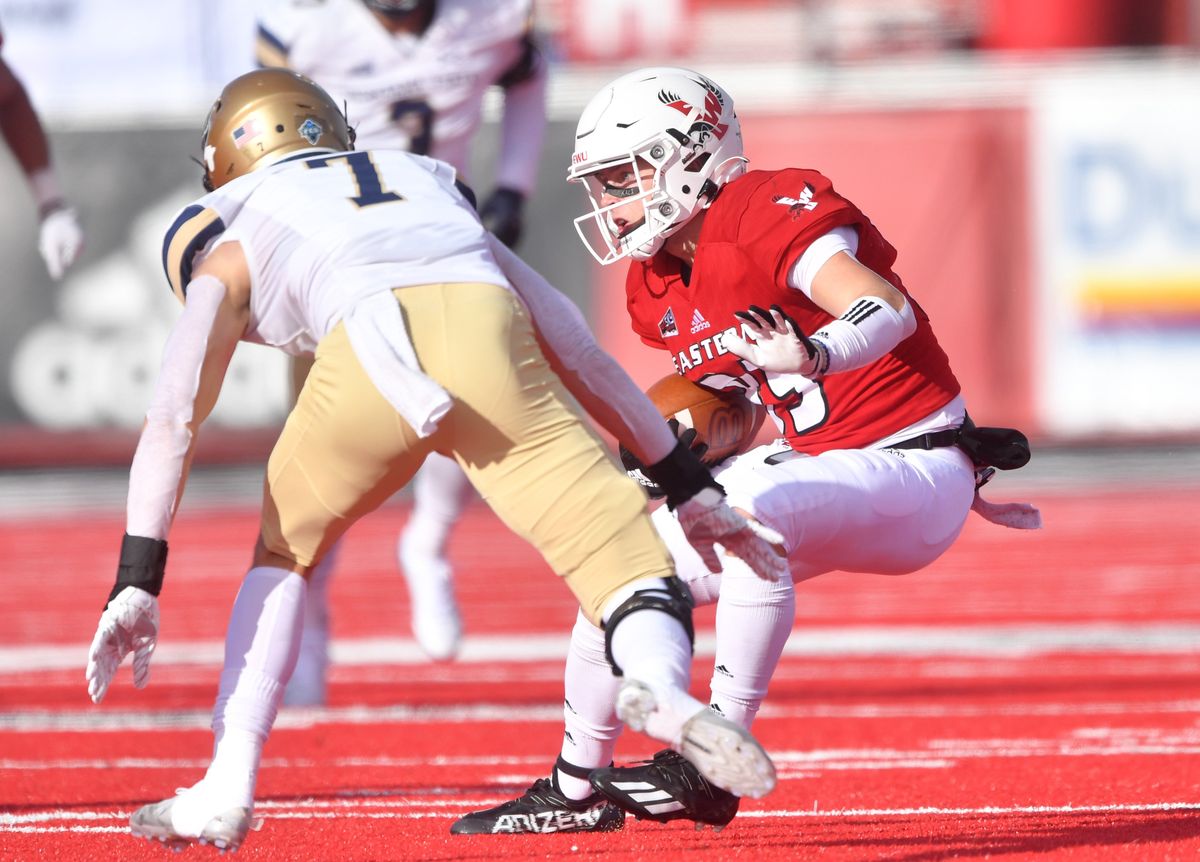 EU: It doesn’t seem that far off when the Eagles seemed destined to earn a top-four seed in the FCS playoffs. They could still do it, but they have to win today at UC Davis and end their two-game losing streak. Dan Thompson has that insight. … The basketball team beat their football brothers against Davis but couldn’t get a win. … Around the Big Sky, Weber State hopes to give southern Utah a decisive gift: a loss. …Montana goes to northern Arizona and its Walkup Skydome. … Portland State is on the road to Sacramento State.

Idaho: The Vandals have two more games to play, but today’s game at third-ranked Montana State is their last chance to post a big upset against a highly ranked team. Peter Harriman has a preview. … Peter also covered last night’s 95-85 win over Division III George Fox, the Vandals first in ICCU Arena.

Whitworth: The Pirates’ first game in their Midwest adventure ended in their first loss of the season. Wisconsin-Platteville, fifth, passed the Whits, 19th, 90-69. 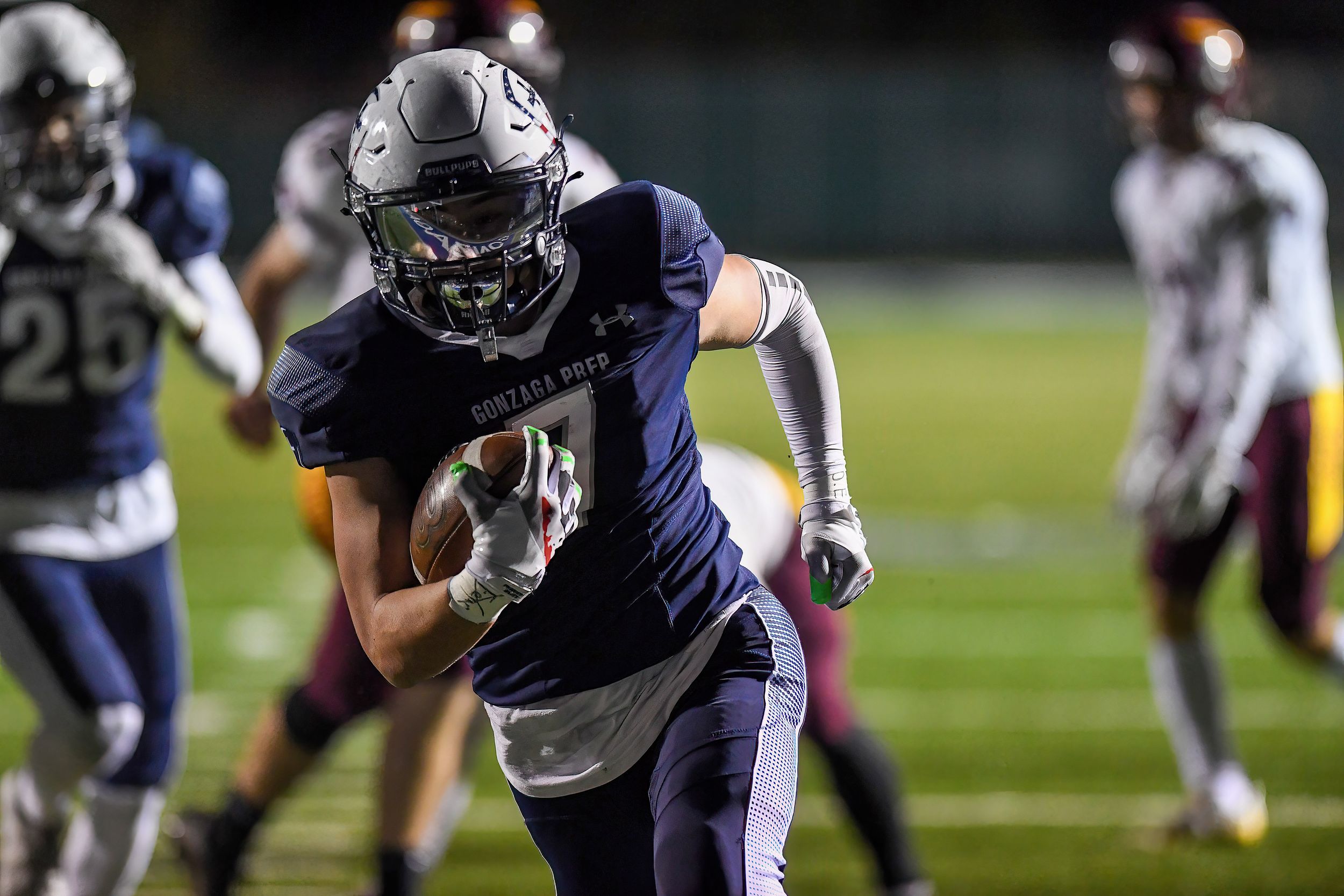 Preparations: The 4A State football playoffs kicked off last night at Gonzaga Prep. The Bullpups hosted Moses Lake and rode, posting a 56-7 victory to move on. Dave Nichols was there and has this game story. So does Colin Mulvany, who has this photo gallery. … Kevin Dudley covered Lakeside’s 42-0 win over visiting Omak in the 1A playoff. … Dave returns with a roundup of football action as well as one that covers other sports, including volleyball, where Oakesdale won another 1B title.

Chiefs: Spokane’s COVID-19 issues caused more games to be postponed. And a trip north of the border.

Seahawks: Russell Wilson is back. Can he bring the Hawks back from the playoff abyss? …Dave Krieg did it once. And he remembers how. … Dee Eskridge is also back but Chris Carson will not play.

Kraken: So who is to blame for the slow start?

• We’ll be back here tonight with our TV Take from the Gonzaga game. With ESPN in town, I expect high-level production. And we look forward to Fran Fraschilla’s thoughts on the Zags and the Longhorns. Until there …