10 days of Sunak: the honeymoon is over, the British Prime Minister must get down to business 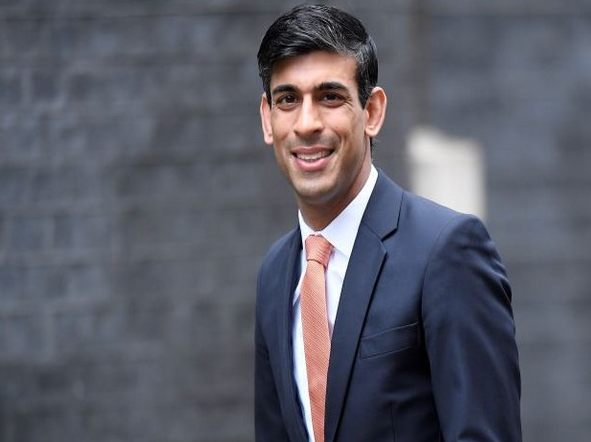 Already criticized for appointing Suella Braverman and Sir Gavin Williamson to his cabinet and making an embarrassing U-turn while attending the climate summit, had added to Sunak’s list of mistakes. He can’t afford to make more mistakes like this

Rishi Sunak, the Indian-born British Prime Minister, is only in his second week in his new post and already the honeymoon is over.

In addition to trying to fix his predecessor Liz Truss’ economic mess with his mini-budget that ultimately forced her to resign and allowed Sunak to become the first prime minister of color, the new prime minister must deal with the problems created by a Home Secretary whom Truss had sacked.

Suella Braverman, also of Indian descent, was forced to resign by Truss the day before she herself stepped down as prime minister, for breaking cabinet code by sending sensitive emails from her home address. A week later, Sunak reappointed Braverman as interior minister, upsetting senior officials and arming the opposition with questions about a “dirty deal” struck by the two leaders.

Labor leader Sir Kier Starmer hammered home the point, saying the only reason Sunak brought Braverman back after she was sacked over data security breaches was to gain his support to become the new Prime Minister without a full vote of Conservative Party members who he felt he would lose as he had two months earlier.

Read also : Rishi Sunak takes the reins of British Prime Minister; is the youngest in 210 years

It is undeniable that Braverman is the darling of the conservative right, while Sunak is considered more centre-left, so much so that Jacob Rees Mogg, a former minister and close ally of ex-Prime Minister Boris Johnson had abused Sunak calling him a “socialist”. The right only agreed to Sunak becoming prime minister without electing a party member once Braverman gave Sunak his support. Presumably, the quid pro quo the right extracted was that Braverman would be reappointed Home Secretary.

Sunak’s muted response to Starmer’s barbs of a simple “she accepted her mistake and should be given a second chance” lent further credence to the allegations of a “dirty deal”. Even as Sunak was still reeling from the charges, the Home Office became embroiled in another scandal – the horrific living conditions of asylum seekers at the Manston Air Base camp in Kent. Braverman was accused of losing control of a refugee center and endangering the country’s security.

Demands for his removal have come in droves and quickly, but Sunak cannot afford to let Braverman go at this point without risking his own premiership. Right-wing Tories want one of their own in Cabinet and Braverman is that person. His desire to cut UK immigration to tens of thousands and his dreams of a plane full of failed asylum seekers flying off to Rwanda are shared by the Tory base, as evidenced by applause and standing ovations she received at the party’s annual conference last month.

Braverman is ambitious and the Tories want a tough Home Secretary who is willing to face criticism in an attempt to plug the UK’s porous southern border. Right-wing MPs say she is the last chance they have to deal with the immigration crisis before the general election. Moreover, Sunak cannot afford to withdraw her now and send her to the backbenches where she would appear as the touchstone of criticism of the Home Office and whoever succeeds him.

Even if Braverman’s fire had not been extinguished, The Sunday Times revealed that another of Sunak’s ministers, Sir Gavin Williamson, was being investigated by Tory headquarters for sending a series of profanity-laden messages to Chief Whip Wendy Morton, expressing his anger at not not having been invited to the Queen’s funeral in September.

Williamson is a close ally of Sunak who helped him rally support from MPs during his two leadership campaigns, and in turn Sunak appointed him Minister of State in the Cabinet Office as soon as he became Prime minister. The revelations present another headache for Sunak who was already facing criticism for reappointing Williamson and Braverman.

Sunak had promised his administration would have “integrity, professionalism and accountability at all levels” on the steps of 10 Downing Street the day he took office, building on the fact that Johnson had been shot because his government had missed all three. However, the Braverman and Williamson scandals call into question Sunak’s judgment and the way he made decisions about his cabinet.

Another bad decision by Sunak was to announce as soon as he became Prime Minister that he would not attend the COP27 climate change summit in Egypt because he was “focusing on the depressing national challenges we have with the economy”. In the void jumped Johnson who announced that he would attend COP27 even if the Prime Minister did not. Five days after its announcement Sunak made an embarrassing U-turn and said he would attend the climate summit after all.

A number of countries had criticized Sunak’s earlier decision not to go and questioned the UK’s commitment to tackling the climate crisis. The Egyptian government had even expressed disappointment, while others had said it appeared the UK was washing its hands of leadership.

Look: Learn more about Rishi Sunak and his hard work at hand

This whole debacle showed Sunak’s political immaturity. He could have just said he was waiting closer to summit time to decide if he had the time and space to go. Starmer accused the Prime Minister of acting in the name of political management rather than the national interest. It showed that the environment was not a priority for Sunak and that he only went there after being embarrassed by Johnson’s presence. As Starmer said “Caving in to criticism is not leadership”.

Sunak can’t afford to make such mistakes anymore. He has a lot to learn but no time to learn it. Truss’ 45 days in office were filled with turmoil and mistakes his government called childish and there was a clamor for adults to take control of the reins. When Rishi formed his cabinet there was joy that the adults were back, but in the first 10 days of the new government there seems to be little evidence of that.